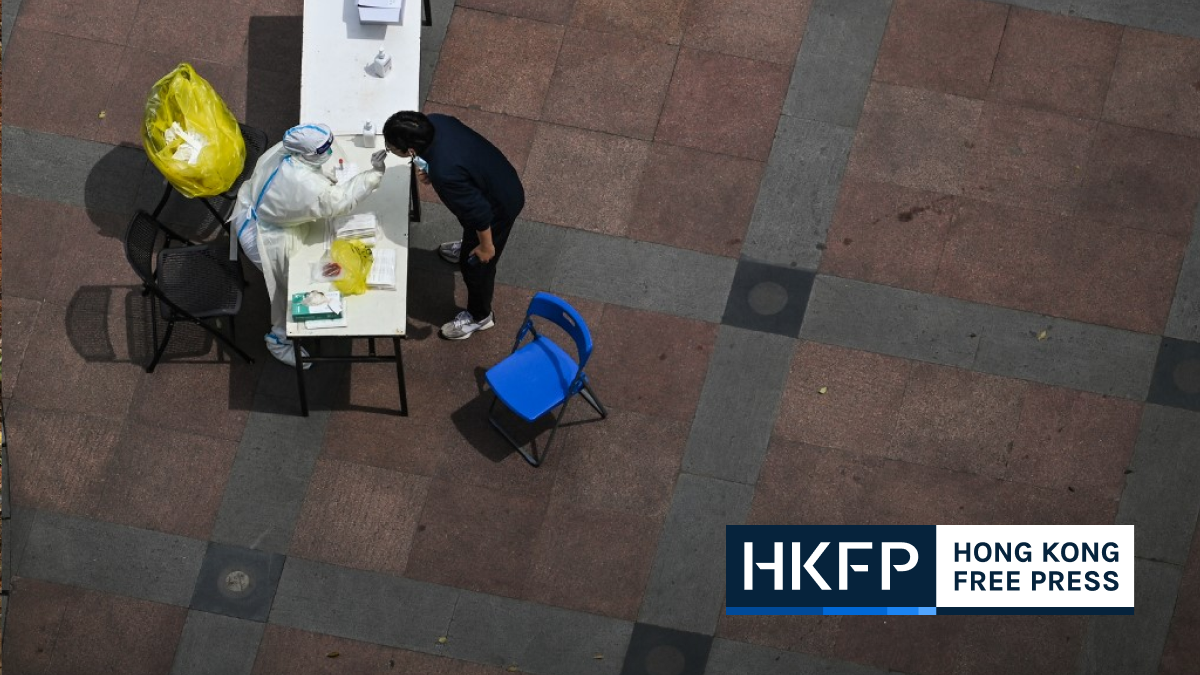 Shanghai eased restrictions on some neighbourhoods Monday after mounting outcry over inflexible Covid-19 rules that have locked down 25 million people, caused food shortages and left thousands in quarantine.

Authorities said they would gradually begin to allow those in areas with the least number of virus cases to leave their communities, although it was unclear how many people will be allowed out of their homes or when.

China has stuck to a policy of “zero Covid”, aiming to eliminate infections through rigid lockdowns, mass testing and travel restrictions.

Shanghai has been placed under some of the most severe measures since the virus emerged in Wuhan in 2019, with a strict lockdown leaving many struggling to get enough food and thousands sent to centralised quarantine centres.

Officials said they would categorise communities across the city into three levels based on the number of infections.

“Differentiated prevention and control (measures)” would reflect the “actual circumstances” on the ground, Shanghai official Gu Honghui said Monday, in a move that appeared aimed at defanging rising anger over authorities’ handling of the virus.

Those in “closed control areas” or “controlled management areas” would continue to be locked down in their homes or limited to their compounds.

Residential communities which have recorded no cases in the past 14 days will allow residents to leave their homes.

But as the news filtered across Shanghai, residents scrambled to decipher the precise details from their neighbourhood committees.

One southern district which falls into the category for the lowest number of cases said it would now allow residents out once a day to buy supplies.

State news agency Xinhua said people in the least restricted areas would be “allowed in principle” to move inside their sub-districts with “strict restrictions on the scale of gathering.”

Shanghai resident Chris Miller said he had been told he was now free to leave the maternity centre where he has been staying with his wife since the birth of their son shortly before lockdown.

“I was the first of our building to go out,” he told AFP.

“There’s basically nothing open. I went to a pharmacy and… a lot of shelves had been picked clean but there were a few things I needed that I was able to pick up.”

He said the streets were very empty but he planned to go out again.

“One of the other fathers here wants to go out for some beer,” he said.

The move appeared to divide opinions online, with some expressing concerns about spreading the virus further in the community.

But one resident posted pictures of a small queue forming at the gate to her community as residents waited to be let out.

Another unverified video showed a couple hugging in the middle of a car-less road as relieved residents started to wander around the street.

There were 27,509 new cases reported in China on Monday – the vast majority in Shanghai.