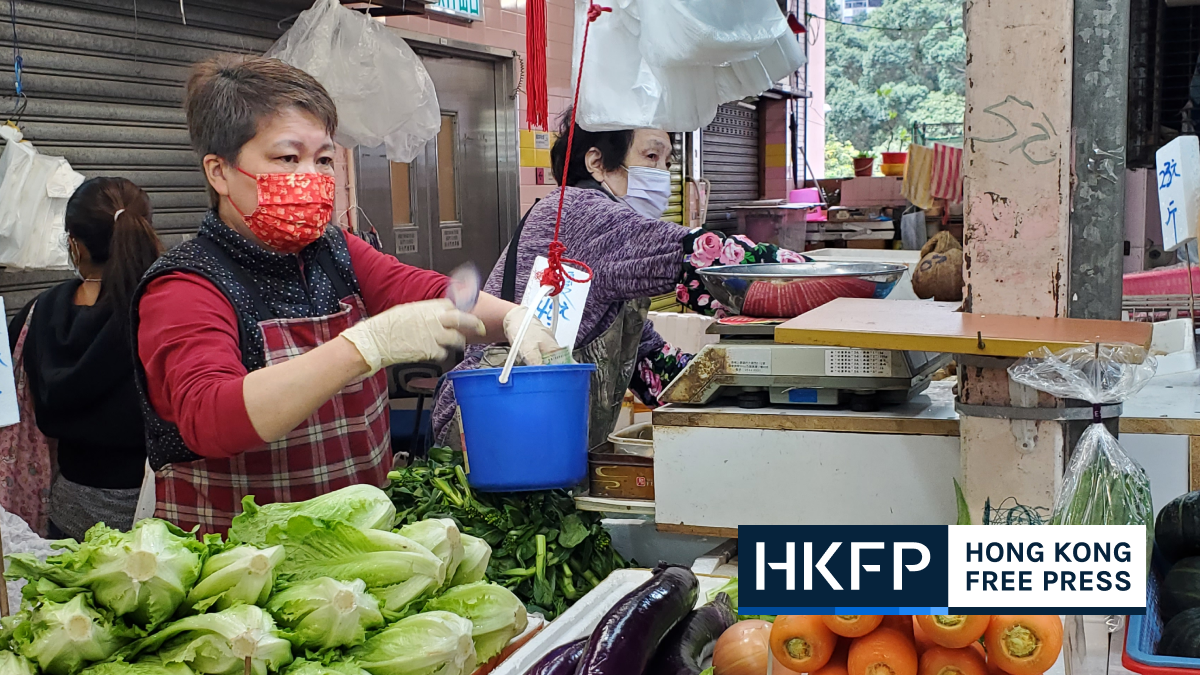 Covid-19-related transport disruptions at the city’s border with mainland China have forced food sellers to hike up vegetables prices, as Hong Kong continues to face fallout from a growing fifth-wave outbreak.

At least five cross-border truck drivers have tested positive for Covid-19 since last Friday, local media reported. Shenzhen authorities said that four travelled via the Shenzhen Bay control point, and one passed through the crossing at Man Kam To.

In a statement on Sunday, the government said that it was in contact with mainland Chinese authorities over the cases. Some drivers who were classified as close contacts had been quarantined, it added.

Hong Kong’s supply of vegetables is largely reliant on truckers crossing the border to pick up produce daily. According to the Hong Kong Imported Vegetable Wholesale Merchants Association, vegetables from mainland China make up about 90 per cent of the local market.

The bottleneck comes as the China’s Communist Party newspaper the People’s Daily called the city’s strict “dynamic zero Covid” strategy the “scientific choice that is suitable for Hong Kong’s situation.”

At the Smithfield Wet Market in Kennedy Town, vendors told HKFP that vegetable suppliers have raised their prices – with some even doubling their usual rates – meaning the sellers have had to pass on those increased costs to their customers.

“These are all much more expensive now,” Chan, a stall vendor told HKFP as she gestured at bunches of kale and watercress.

She said the wet market was busier than usual on Tuesday morning, with many people stocking up on food to avoid multiple trips outside.

Another vendor, surnamed Mo, said it was unclear whether she would be able to get her usual inventory in the next few days.

“At first, I told my supplier that I can pay more for the vegetables and the transport. But now, even if I have money, I may not be able to get the vegetables,” she said.

At a press conference on Tuesday morning, Chief Executive Carrie Lam said that “It’s a given that the measures we use to counter the epidemic will affect the supply of goods,” as the epidemic in both Hong Kong and mainland China is at a “critical” stage.

Lam sidestepped a reporter’s question about what the government could do to alleviate any food shortages.

Vegetables were low in stock at supermarkets, too, although supplies of other staples appeared unaffected.

Hong Kong is bracing for a further tightening of restrictions amid record numbers of Covid-19 cases. The city saw 614 new infections on Monday, with reports that 600-odd cases will be added to the count on Tuesday.

Lam said during her Tuesday press conference that she would announce new restrictions in the afternoon, following a meeting with the Executive Council.

According to local media, the city is expected to cut the maximum number of restaurant diners per table from four to two.

Hong Kong is in the midst of a fifth wave of coronavirus infections, led by the more transmissible Omicron variant, which began in late December.

Cases have ballooned since then, involving clusters at restaurants, residential buildings and schools. Penny’s Bay, which was used to quarantine close contacts, was being converted into a facility for lower-risk Covid-19 patients. From Tuesday, close contacts can quarantine at home if their home is deemed “suitable” for isolation.

The city has confirmed 16,022 Covid-19 cases since the pandemic began more than two years ago, while the number of deaths stands at 213.