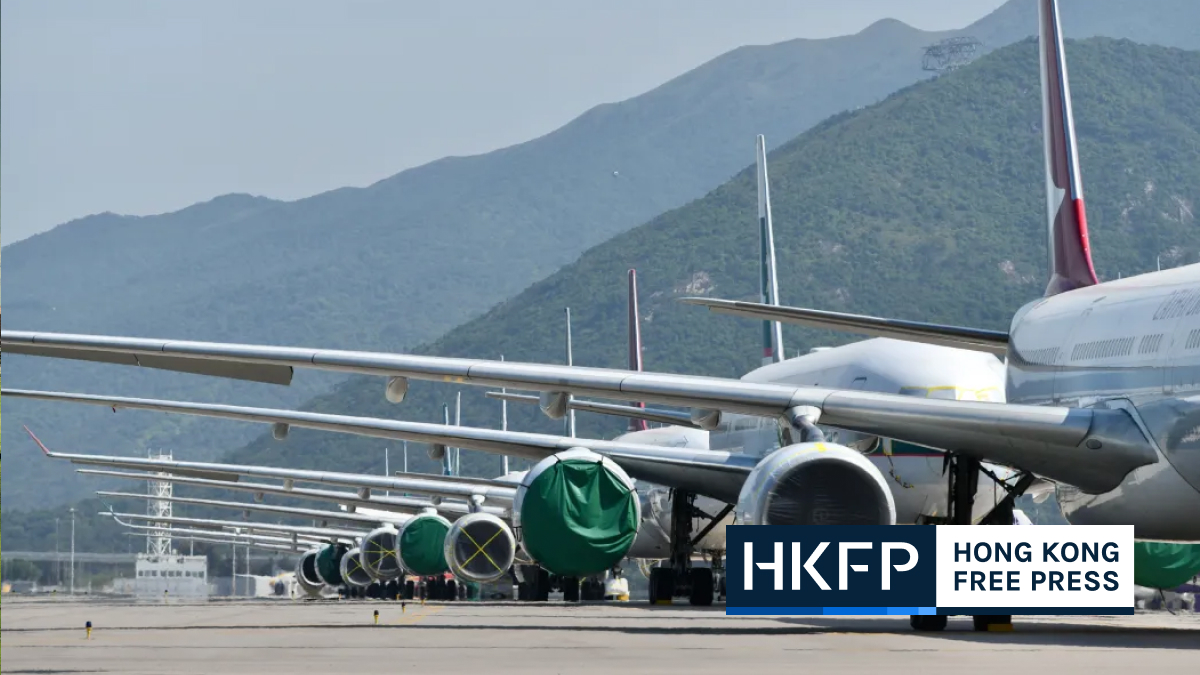 Hong Kong is set to review its Covid-19 flight suspension mechanism, Chief Executive Carrie Lam has said. Residents abroad have been left scrambling for air tickets and quarantine hotel rooms following the announcement that bans on flights from nine countries would be lifted next month.

From next Friday, routes from Australia, Canada, France, India, Pakistan, the Philippines, the UK, the USA and Nepal will resume, more than two months after the government halted flights from these countries in early January and February amid the fifth and worst wave of Covid-19 infections.

Hong Kong-bound flights from the nine countries may be in short supply, however, as the city’s flag carrier Cathay Pacific announced on Tuesday that it would only arrange one flight per route every two weeks. The company cited the government’s flight suspension mechanism, which prohibits airlines from flying a particular route for 14 days if a previous flight from the same origin had carried three or more passengers who tested positive for Covid-19 upon arrival.

As of 2 p.m. on Wednesday, a Google Flights search showed three direct flights from the UK to Hong Kong in April operated by Cathay Pacific – two from Manchester and one from London. According to Cathay’s website, there was one seat left on the April 24 flight from London’s Heathrow Airport, while there was more availability on the Manchester flights.

The city’s leader said on Wednesday she had received a lot of feedback on her administration’s decision to lift the flight ban. Many people welcomed the arrangement, she said, but some raised concerns over whether there would be enough flights for returning Hongkongers. Others were also worried that inbound arrivals may be limited owing to the flight suspension policy, she added.

“I can only say that we know the problem and we are looking [into] how we could resolve this without compromising our border control measures,” Lam told the press during her daily Covid-19 press briefing on Wednesday.

On the Hong Kong Quarantine Support Facebook group, dozens of people shared their experiences of having difficulties arranging travel to Hong Kong after the government announced it would be lifting the flight ban. Some also questioned why returning residents were not allowed to undergo quarantine at home.

One man said he could not book a transit flight with Thai and Singaporean airlines, which said their systems were “not informed.” The man criticised the two-week flight suspension policy as a “stupid hurdle,” saying it was “stressful to travel with illogical barriers.”

“Why has [Hong Kong] made travelling so stressful!! Can the government pls untangle the 1000 additional knots they have unnecessary created to make life hell for us!” a post read.

A woman said she was “lost for words” at the government’s decision to keep the flight suspension policy in place despite allowing residents to return from the nine countries.

“Honestly HK government is testing my patience to the limit. After 5 cancellation, booked flight and hotel thinking I am all set. Then my friend just told me the 14 days flight suspension is still in place. Really! Going back to the same loops again.”

The resumption of passenger flights from the nine countries was not a relaxation in border control measures, Lam said, pointing to “stringent” Covid-19 quarantine rules that arrivals would be subject to.

According to Lam, Hong Kong has around 6,500 rooms in 25 designated quarantine hotels at present. The chief executive said the government was looking for more rooms for returnees, as they are required to present proof of pre-booked hotel reservation before boarding their flight back to the city.

The authorities may reach out to hotels which previously indicated they would be willing to turn their premises to community isolation facilities, she added.

“We are working very hard. I hope to be able to tell you a higher figure soon,” Lam said.

Local health expert Ho Pak-leung suggested minor adjustments could be made to the current flight suspension mechanism in order to balance fighting the pandemic and reviving the city’s economy.

The University of Hong Kong (HKU) microbiologist said on Commercial Radio on Wednesday that Hong Kong and countries abroad were coping with the same Covid-19 variant, Omicron, and international travellers were vaccinated. The government could therefore consider raising the number of passenger infected before suspending flights, he said.

“The current flight suspension mechanism, it is a bit out of time,” Ho said.

The HKU expert also suggested allowing some arrivals to undergo quarantine at home, saying the supply of quarantine hotel rooms would reach a “bottleneck point” soon.