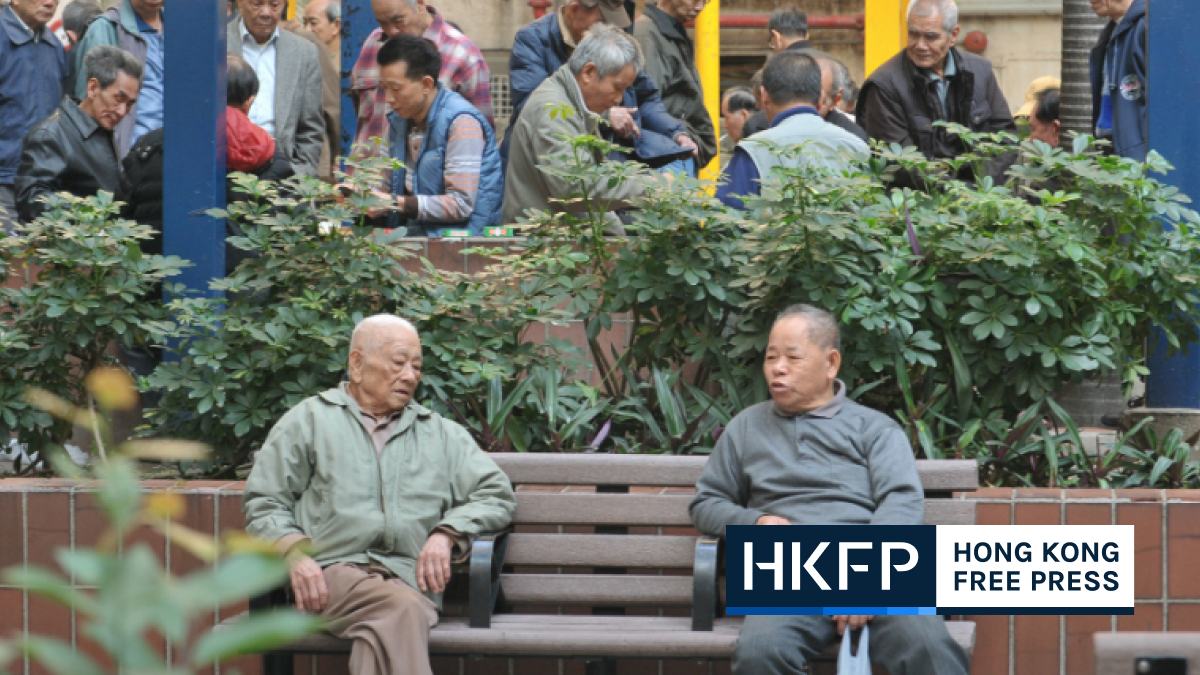 The number of suicides in Hong Kong has hit crisis level, suicide prevention researchers at University of Hong Kong have said. They urged the government to reopen recreational facilities as soon as possible, so that those facing increased isolation and mental health risks – especially the elderly – could reconnect with friends and loved ones.

A suicide prevention early warning system developed by the HKJC Centre for Suicide Research and Prevention (CSRP) at the university sounded a warning last Wednesday, after the seven-day average estimate for suicides in the city exceeded an “extremely high” level of 3.54.

The rise could be attributed to fear of Covid-19, isolation under social distancing restrictions and economic hardship, according to the researchers.

“We believe social distancing introduced not only physical distancing, but also emotional disconnectedness, leading to a sense of isolation and abandonment by family members and their community… [causing] an impact on mental health,” Yip said.

The warning system available on the centre’s website produces a daily suicide risk index based on suicide cases reported in the press. Without official figures for the daily numbers of suicides, the HKU database offers an estimated number of suicides in the city everyday.

It was built by matching news reports of suicide cases in 2019 with those recorded by the Coroner’s Court to produce a weighted estimate of cases reported by the media in 2020 and 2021 using machine learning techniques, making up for errors such as underreported cases or duplicates.

While conventional suicide statistic monitoring methods usually have a six-month to three-year delay, CSRP’s system projects daily figures. The system consists of three warning levels – medium risk, high risk and crisis level – depending on the number of suicides the system recorded in the past year.

Paul Yip, director at the CSRP said it was the first time the index went above crisis level since it was launched in 2020, making it an “extremely worrying” indication of the stressors Hongkongers were facing under the fifth Covid-19 wave, especially the elderly.

Suicides in Hong Kong reached historic heights in 2003, with around 1,200 deaths by suicide, or 18.6 suicides per 100,000 people, when the city was hit by the SARS epidemic and subsequent economic downturn. The rate has since gone down significantly, Yip said.

However, although numbers from January to February were comparable to the 2021 average, the data became “very worrying” since February 28. Current figures are hovering around 11 to 12 suicide cases per 100,000 people, meaning that the city may see its annual suicide total “well above” 2003 levels, Yip warned.

Suicide Prevention Services (SPS), a non profit that operates a hotline for those seeking help, said they have received 50 per cent more calls this year compared to the previous 12 months, of which over 80 per cent were related to the pandemic.

Isolation under Covid-19 hits the elderly especially hard, they said. Many elderly people’s social lives were centred around parks and swimming pools or seeing family members, but recreational facilities have been shut for weeks and limits on family gatherings and at restaurants have left many feeling isolated and abandoned.

“The feeling of isolation will easily lead to suicidal thoughts,” Yip said. “Battling the epidemic is important, vaccination is important, but caring for our elderly is also just as important.”

In a recorded interview played by SPS during the press briefing, an elderly woman who sought help from SPS spoke. Using a pseudonym, Mrs. Wong, who suffered from bone fractures in both of her arms, said how she had struggled to cope with her and her husband’s daily needs, just as both of them became infected by the coronavirus. “They died, why haven’t I?” she said.

Mrs. Wong said she was most frustrated by not being able to take care of her own daily needs, not being able to go out while they were Covid-positive, and not knowing how to fill in government forms or send information to authorities electronically. “I wanted to do it but I didn’t know how to. I just wanted to cry,” she said in the recording.

Yip said the HKU centre wants to appeal to the community and urge them to connect more with elderly relatives and citizens, adding that five-minute daily phone calls could make a world of difference. “I think each one of us should do our fair share [to] show our concern to people we think need help,” Yip said.