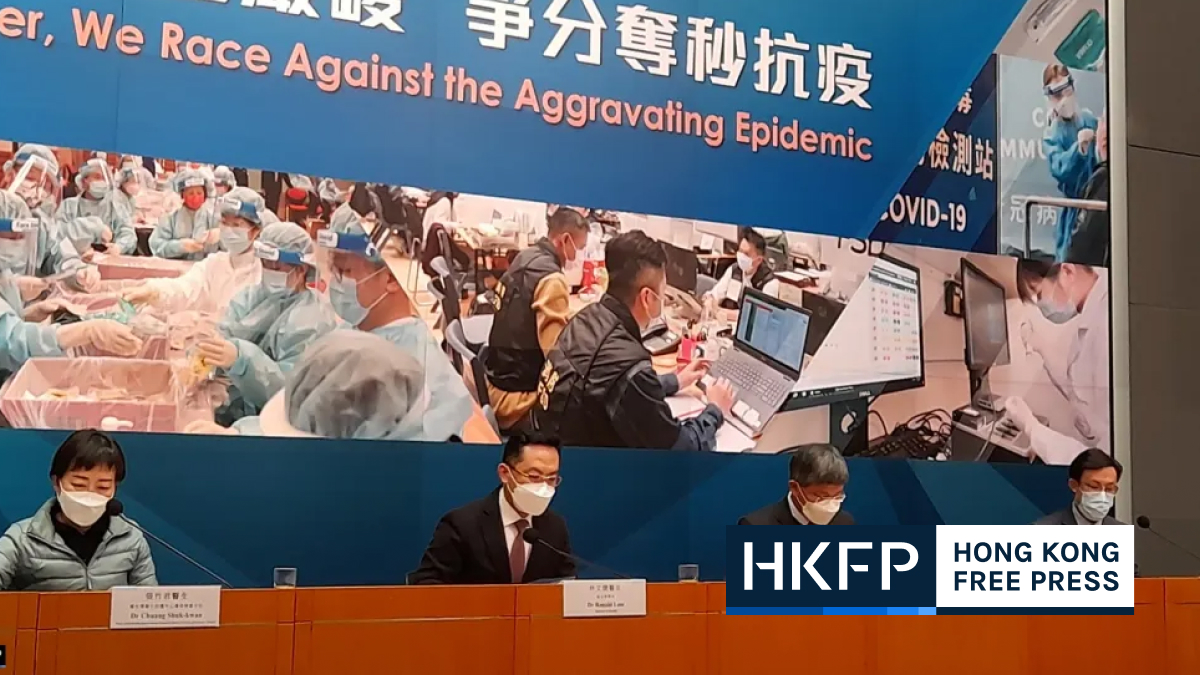 The Hong Kong government will not proactively enforce the ban on gatherings of more than two households, officials announced on Tuesday. The ban was one of several tough new social-distancing measures revealed by the city’s leader to combat a fifth wave of Covid-19 infections led by the highly-transmissible but less severe Omicron variant.

Gatherings of more than two households in private premises will be prohibited from Thursday, while the “vaccine pass” scheme – which has been expanded to 23 types of premises, including religious venues, hair salons, shopping malls and wet markets – will be implemented on February 24.

When asked how the government would enforce the ban on multi-household gatherings during the daily Covid-19 press briefing, Thomas Chan, permanent secretary for food and health, said that authorities would only take action if a violation of the rules leads to an outbreak.

The government will also not proactively enforce the vaccination pass in premises with a large flow of people, including supermarkets, shopping malls, department stores, and wet markets, Chan said.

While people will not have to show their vaccination records when entering these premises, they will, however, have to use the government contact-tracing mobile app LeaveHomeSafe.

The permanent secretary also said that exemptions would be made for special circumstances, such as if individuals must go through premises such as shopping malls to go home or go to work.

Other tightened social-distancing measures include a two-person limit on public gatherings, as well as doubling the fines for violating Covid-19 restrictions from HK$5,000 to HK$10,000.

The latest restrictions, announced by Chief Executive Carrie Lam on Tuesday, came as the city reported 625 new infections, most of which were locally transmitted cases. To date, Hong Kong has reported at least 16,647 infections and 213 deaths since the beginning of the pandemic over two years ago.

“A draconian intervention in private homes is announced, as well as turning the LeaveHomeSafe App into a potential Government mass surveillance system (if the real-name vax records are auto-uploaded by premises),” he wrote.