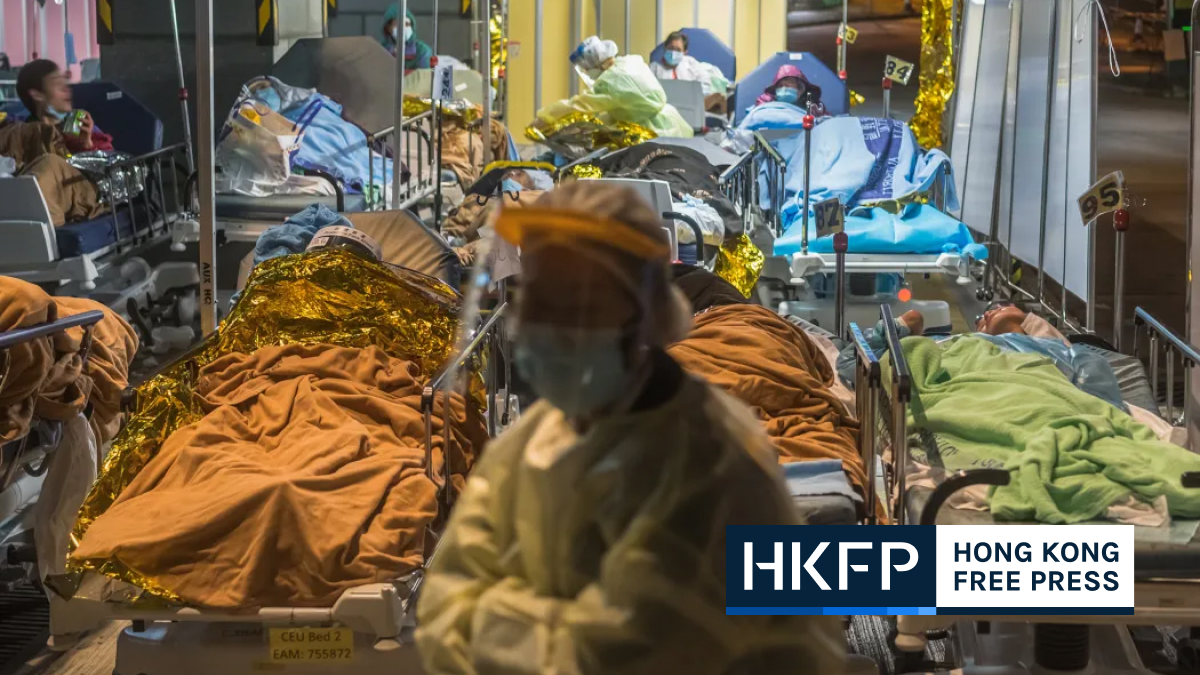 Thirty-two Covid-19 patients have died over the past 24 hours, Hong Kong’s Hospital Authority reported on Tuesday – a record-high daily death toll since the virus emerged in the city two years ago. The city also reported 6,211 new cases.

Of the 32 recent deaths, “almost all of them” had underlying conditions and “a large portion” had no vaccination record, the Chief Manager (Quality and Standards) of the Hospital Authority Lau Ka-hin told the press during Tuesday afternoon’s daily briefing.

According to Lau, the 32 deceased patients were aged between 45 and 103, and 27 of them were over 60 years old. “People may think the 45-year-old was of a young age, but the patient was also a nursing home resident and had chronic diseases.” Lau said.

Lau said another seven Covid-19 patients had died on Sunday but the announcement was delayed.

Meanwhile, 19 patients aged between 56 and 95 remained in critical condition, and another 30 cases were in a serious state, Lau said.

Of Tuesday’s 6,211 confirmed cases, three were imported and 6,208 were infections of local origin. The city’s health authorities are looking at another 8,013 cases reported by private testing providers.

Health authorities had stopped disclosing preliminary positive figures earlier this week and replaced the number with the daily “reported number” of specimens received from private laboratories.

The Centre for Health Protection (CHP)’s Chuang Shuk-kwan, who spoke at the same briefing, said “reported case” figures provided a better account of the trend of Covid-19 infections due to backlogs at government laboratories.

Hong Kong has reported a total of 66,574 Covid-19 cases and 350 deaths since the pandemic started.

According to Chuang, the CHP had analysed the first 102 deaths from Covid-19 since the fifth wave outbreak started and found that only seven had received two doses of vaccines.

Chuang said most deaths were older patients, while the occasional younger deaths were all people living at care homes who had underlying conditions. Out of the 102 deaths, 62 were elderly nursing home residents.

As of Tuesday, Chuang said the coronavirus has emerged at over 300 nursing facilities across the city, infecting around 230 staff and 820 residents.

Earlier on Monday night, David Hui – an advisor to the government’s pandemic response – told reporters that the four mainland experts visiting Hong Kong had urged the Hospital Authority to give detailed accounts on Covid-19-related deaths, including their vaccination status, whether they had long-term diseases, and whether their family members agreed to give up on treatment.

Hong Kong health authorities earlier refused to disclose data when approached by HKFP about what type of vaccine patients with the Omicron variant of Covid-19 have taken.

Hui cited the mainland expert as saying that unclear information on death cases “may scare the public or even leaders.”