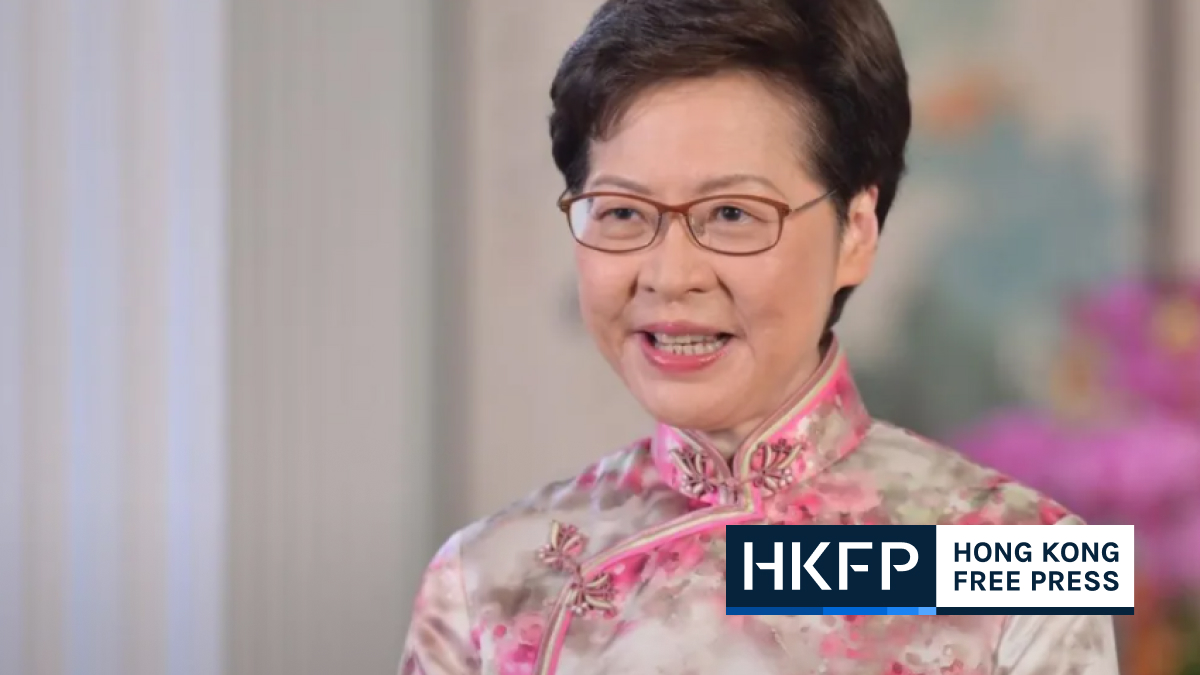 Chief Executive Carrie Lam has told state media that there is “no truth” in the claim that the city’s pandemic controls demonstrate a failure of the “patriots administrating Hong Kong” principle. She said that how the city has fought the fifth wave of Covid-19 illustrates the strength of the One Country, Two Systems arrangement.

Lam told China Daily on Saturday that Beijing recognised the city’s autonomy to run its own healthcare systems under “two systems.” The city’s revamped 90-seat “patriots only” legislature had worked with the government to approve HK$30 billion of anti-pandemic funds, she said.

The chief executive added that Beijing’s interventions – including the arrival of the National Health Commission’s Liang Wannian – showed the success of One Country, Two Systems: “How the Hong Kong Special Administration Region has tackled this fifth wave of Covid-19 is a perfect illustration of Hong Kong’s unique strengths under One Country Two Systems.”

With overstretched hospitals and a coffin shortage, Hong Kong has the highest Covid-19 death rate in the developed world. In all, the city has seen over a million cases and nearly 6,000 deaths.

Lam hailed Beijing for sending mainland medics to assist the city as she urged Hongkongers to have confidence in the One Country, Two Systems arrangement.

The chief executive also pointed to the Hong Kong Community Anti-Coronavirus Link scheme, referring to a network of frontline volunteers who are fighting the epidemic at the district level.

“Because of the electoral reform, we now have a better basis to work together with different sectors of the community,” Lam said.

In March, 2021, Beijing passed legislation to ensure “patriots” govern Hong Kong. The move reduced democratic representation in the legislature, tightened control of elections and introduced a pro-Beijing vetting panel to select candidates. The Hong Kong government said the overhaul would ensure the city’s stability and prosperity. But the changes also prompted international condemnation, as it makes it near-impossible for pro-democracy candidates to stand.

Most of the city’s traditional opposition figures are behind bars, barred from election, have fled overseas or have quit politics, though the authorities have said the new system ensures stability.

Without citing evidence, Lam also claimed that “malicious” forces within the city and abroad continue to conspire to “smear the People’s Republic of China and drive a wedge between the central government and the people of Hong Kong…”

“That’s why on social media, you still see all these rumours, speculation and malicious comments about us getting help from the central government, about the mainland sending us supplies and medical personnel.”

Her chief secretary, John Lee, also hit out at “irresponsible speculation” on social media in a blog post on Sunday. He urged residents to be on alert for “misleading messages with ulterior motives” that may damage the relationship between the city and Beijing.