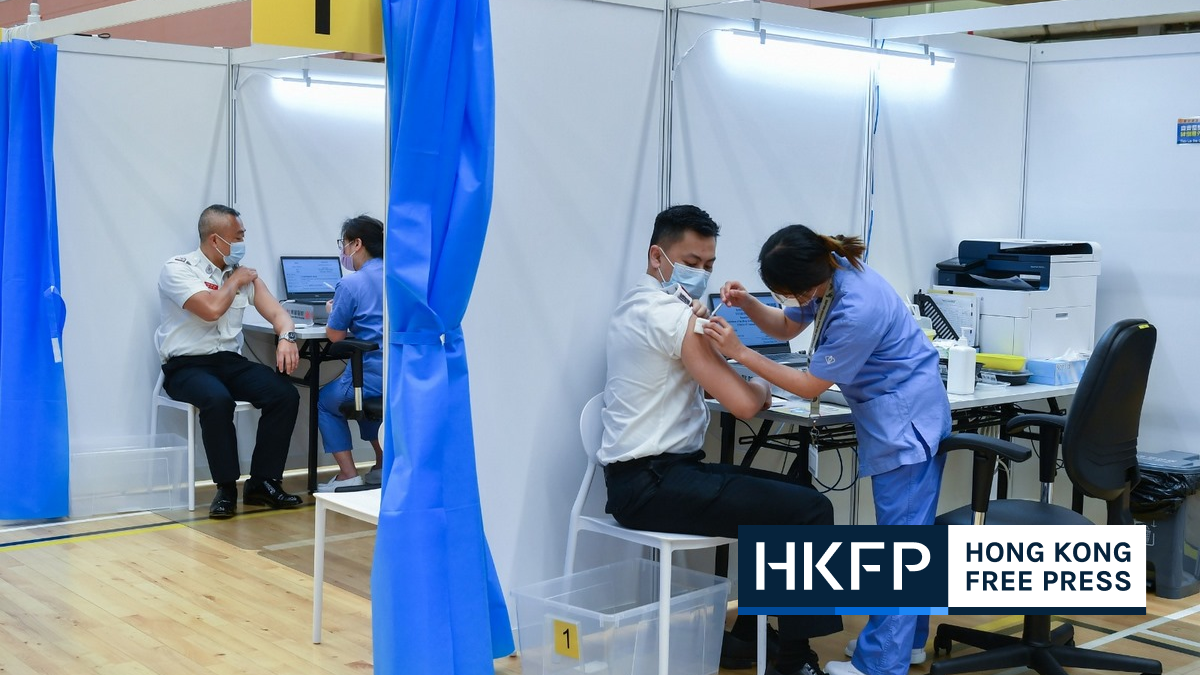 During Saturday’s Covid-19 press briefing, Chuang said that 46 deaths recorded from December 31 – when the fifth wave began – to last Friday had been analysed. Forty of those cases had not been inoculated against the virus.

Of the remaining six patients, three had received two shots of the Chinese-made Sinovac jab, two had received one dose of Sinovac, and one had been double-vaxxed with BioNTech, Chuang said.

While Chuang said that the CHP had analysed 46 cases, the total number of deaths since the fifth wave began is possibly higher. According to the government’s Covid-19 dashboard, the number of Covid-19 deaths recorded since the year began stands at 75.

With four-digit cases confirmed daily in the past week, the fifth wave has forced the government’s pandemic work into overdrive. Authorities have on occasion backdated death counts that were previously unrecorded.

It is unclear how many of the patients whose deaths were analysed were not eligible for the vaccine due to existing health conditions.

Hong Kong is in the midst of its worst Covid-19 outbreak since the epidemic began more than two years ago, fuelled by the less lethal but more transmissible Omicron variant. Another 6,067 coronavirus cases and 14 deaths were confirmed on Sunday.

Officials have routinely emphasised the importance of getting vaccinated against the virus to reduce the risk of suffering from severe symptoms if infected.

The city has seen an increase in vaccine uptake since the fifth wave started, but the rate among the elderly – who are particularly vulnerable to Covid-19 – remains disproportionately low. Less than 30 per cent of those aged 80 and above have received two Covid-19 shots.

Overall, 76 per cent of the city’s eligible population of those aged 12 and above have received two doses of a Covid-19 vaccine as of Sunday evening.

Earlier this month, Hong Kong authorities refused to disclose data on which vaccine patients infected with the Omicron variant have taken.

When asked by HKFP, aa spokesperson for the Food and Health Bureau said that the information on patient vaccine types was “not readily available.”

The lack of information comes as concerns mount over the efficacy of the Sinovac vaccine in offering adequate protection against Omicron. Studies have shown that Sinovac offers a poorer first line of defence against the Covid-19 variant when compared to the German-developed BioNTech vaccine.

Hong Kong’s elderly have tended to opt for the Sinovac shot, government statistics show, with anecdotal evidence suggesting that they perceive it to have fewer side effects. Over half of those aged 60 and over who are double jabbed received the Chinese-made jab, while those aged 59 and below have overwhelmingly opted for BioNTech.