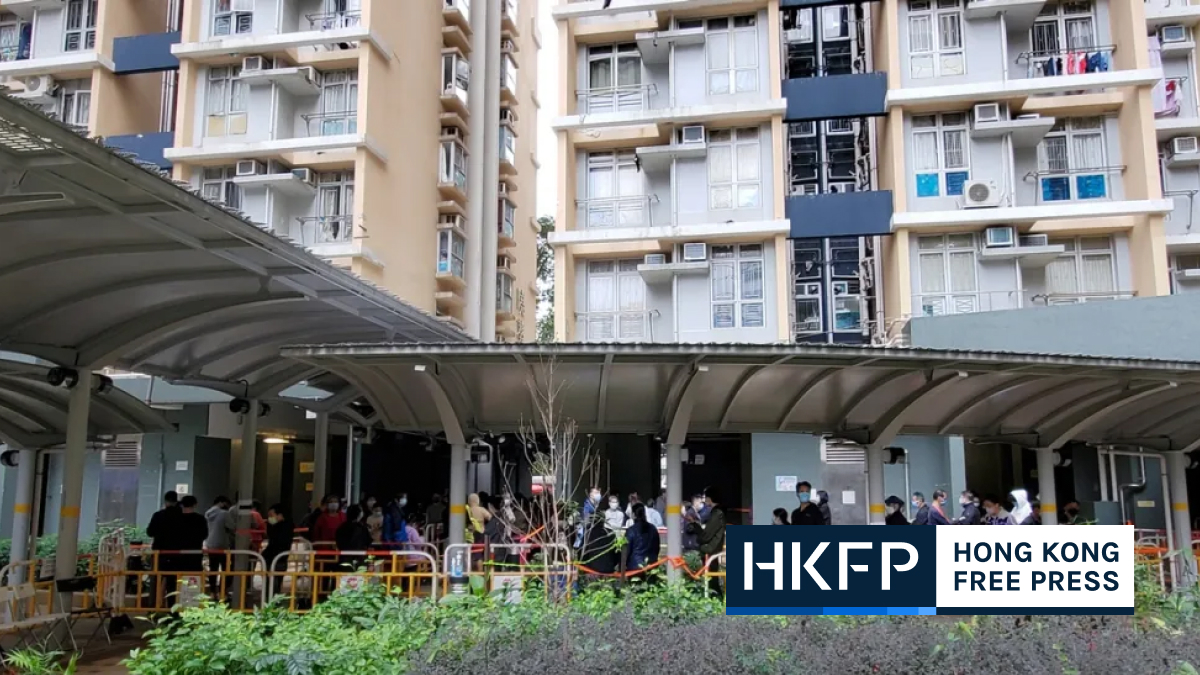 A five-day Covid-19 lockdown imposed on a block at a Kwai Chung public housing estate has been extended for two days after the Hong Kong government deemed it to have a “significant risk of infection.”

Residents of Ying Kwai House must remain in their building and face daily testing until at least Saturday. The initial five-day lockdown was imposed last Saturday, meaning that residents would have spent a week in lockdown.

To date, three buildings in Kwai Chung Estate have been locked down. The first, Yat Kwai House, was placed under compulsory home quarantine for five days on January 22. On Tuesday, that lockdown was extended until Friday. After initially being placed under an overnight lockdown on Monday, home quarantine was ordered for residents of Ha Kwai House on Tuesday, which is also expected to end on Friday.

Ying Kwai House was the second building to see an extension to its lockdown.

More than 7,000 residents of Kwai Chung Estate have been restricted from leaving their buildings apart from when they undergo daily mandatory virus testing.

The authorities’ arrangements at the public housing estate have come under fire from residents, who complained about long wait times to get tested and poor hygiene in the building’s corridors after around 40 cleaners were sent into mandatory quarantine.

As of Wednesday, Hong Kong has recorded 13,626 infections and 213 deaths since the beginning of the pandemic around two years ago.

Residents of Cheung Bor House, Choi Wan (I) Estate in Wong Tai Sin, and Block 7, La Rossa A, Coastal Skyline Phase 3, in Tung Chung were put under lockdown. Only those with a negative test result were allowed to leave after the lockdowns were lifted on Thursday morning.

The overnight lockdown in Wong Tai Sin was extended for another day on Thursday morning after the government found around 20 preliminary positive cases.

By 1 a.m. on Thursday, around 730 people had been tested in Tung Chung and no cases had been found.