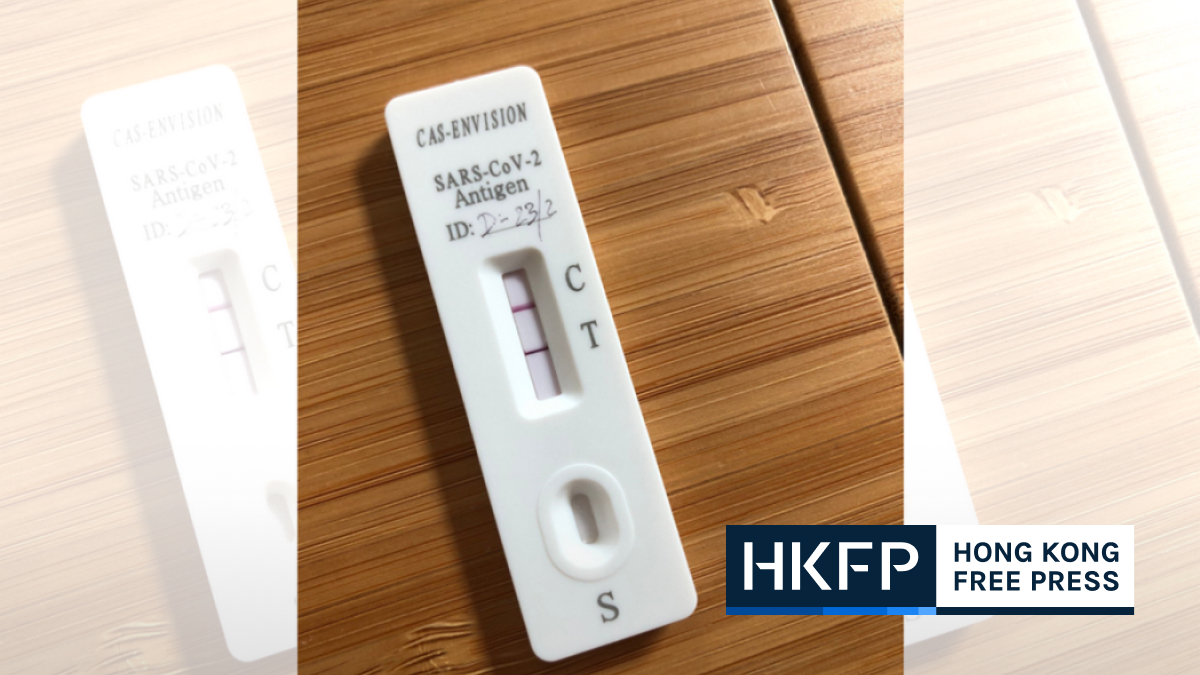 Three people have been arrested for falsely reporting a positive Covid-19 result through the government’s online declaration platform.

During a press briefing on Friday, the police said that the three had obtained photos of someone else’s positive rapid antigen test (RAT) cartridge or used old positive results and uploaded them onto the government’s self-reporting system.

The three suspects, two men and one woman aged between 24 and 38 years old, were accused of uploading false test results between March and April, in order to obtain a quarantine order or recovery QR code, police said. They were arrested for giving false or misleading information to health officers under the Prevention and Control of Disease (Disclosure of Information) Regulation, or Cap. 599D.

The 38-year-old man also faced a charge of fraud because he had allegedly attempted to falsely obtain a recovery code. The offence is punishable by a maximum of 14 years in prison. His 35-year-old girlfriend also stood accused of exposing others to infection, police said.

All three were granted bail. Police said they believed the suspects hoped to receive a recovery code in a bid to get a valid vaccine pass, which requires residents to have received three doses of a Covid jab to enter a number of premises, including restaurants, gyms and hair salons. An exemption may be given if there is a proof of recent recovery of an infection.

“Some individuals disregarded the government’s anti-epidemic measures and abused resources by declaring inaccurate data or false information… Such behaviour is selfish and irresponsible,” Chief Inspector Cheng Chak-yan of the Cyber Security and Technology Crime Bureau said.

Cheng said that since the self-reporting platform was launched in March, the bureau has handled five cases of false declaration of positive Covid test results and arrested a total of six people, inclusive of the latest three.

Earlier this week, Hong Kong health officials said that all self-reported RAT results would be verified by authorities. The Centre for Health Protection said there has been a rise in false declarations recently.

Five people, including three former civil servants, appeared at Eastern Magistracy on Friday. They were accused of using a fake version of the contact-tracing app to enter Immigration Tower in Wan Chai last November.

Their case has been adjourned to August 8.