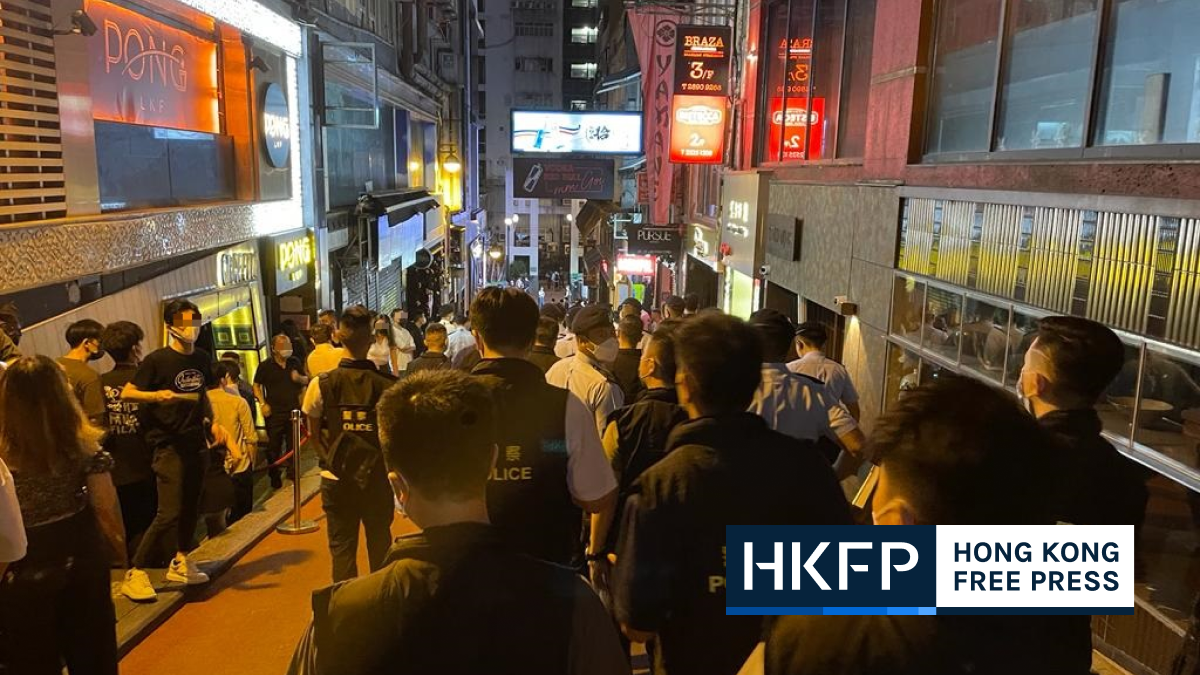 Ten bars found to have breached Covid-19 regulations were ordered to shut for seven to 14 days, according to the government.

The Food and Environmental Health Department and police officers checked 1,123 catering premises – among them 58 bars on Friday and 87 on Saturday – to ensure that businesses were in compliant with Covid-19 regulations.

Authorities announced last week that starting Thursday, people would be required to show a picture of a negative Covid-19 rapid test result – with their name, the date and time written on it – in order to enter bars. The new rule came amid a number of cases of Covid-19 linked to nightlife establishments in the Central and Sheung Wan area.

Carbone, an Italian restaurant in Lan Kwai Fong, said in an Instagram post on Saturday that it would be serving “lunch only” for the next 14 days following an inspection.

Albert Au of the Centre for Health Protection said during a Sunday press conference that while the number of daily infections had risen gradually, there was “no evidence supporting an exponential increase.”

A blow to business

“Realistically there’s only been about 360 people that have been infected in the bar industry out of probably around 10,000 totally,” he told reporters on Saturday.

“I can tell you if it goes on longer than two weeks, many [businesses] won’t survive. I’ve seen it happen last night. A lot of people are not going out. A lot of people are staying home,” he said, adding that he estimated 20 per cent of bars could be forced to shut down because of the rapid test requirement.

Ben Leung, charter president of the Licensed Bar and Club Association of Hong Kong, said last week he feared that the requirement would drive people away from bars and to restaurants, where customers would not need to have taken a Covid-19 rapid test.