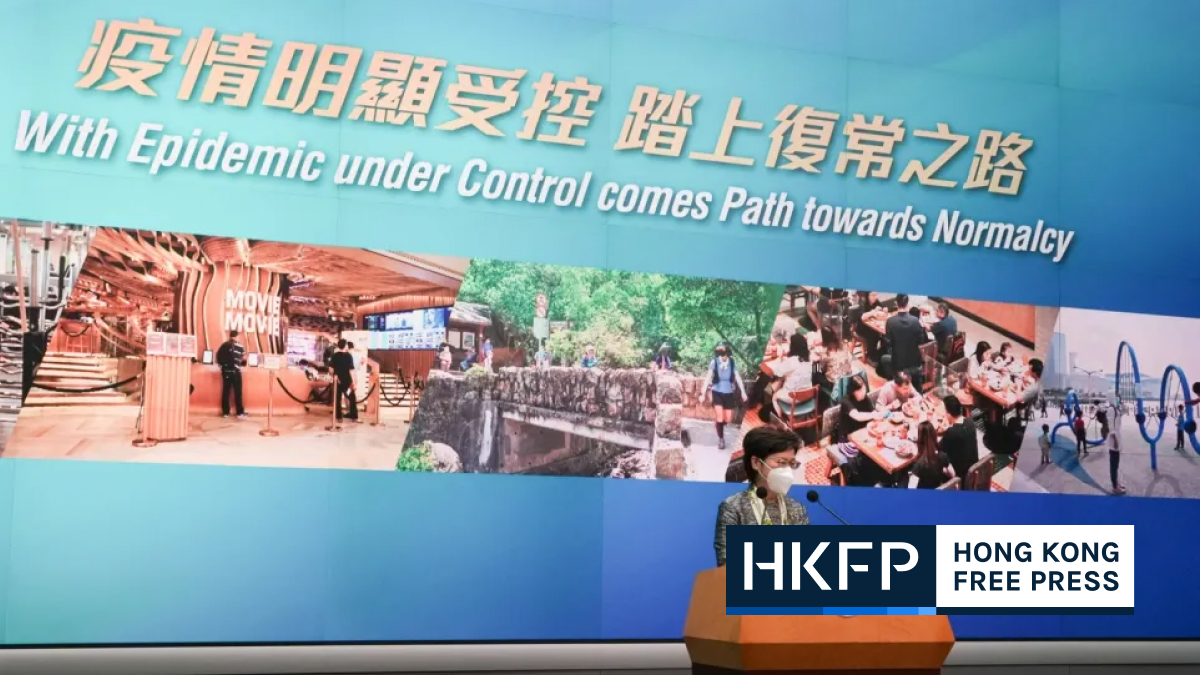 140,000 employers have signed up for the latest distribution of the Employment Support Scheme, with applications closing this Thursday, according to Chief Executive Carrie Lam. The scheme will subsidise wages of up to HK$8,000 per worker during May, June and July.

At her weekly press briefing, Lam said the number of submissions received was similar to the government’s expectation of 160,000. She said a total of 1.2 million workers will be protected under the current scheme. Some 100,000 self-employed people have also applied.

She said around 45,000 employers will receive notification today regarding their successful application. The amount of subsidy involved is around HK$2.3 billion.

“[S]ocio-economic activities appear to have picked up again – the catering industry is doing quite well, the retail sector has more sales. Despite that, the measures we have earlier announced about supporting businesses and Hong Kong’s employment will continue. We will work as quickly as possible to process the submissions and apply for funding,” Lam said.

Against a backdrop with the title “With Epidemic under Control comes Path towards Normalcy,” Lam said she was pleased to see Hongkongers had welcomed the relaxation of some social distancing measures earlier than planned.

Since last Thursday, eateries are now allowed to seat eight people per table, recreational facilities such as swimming pools and beaches were allowed to reopen and masks are not required for strenuous exercise in outdoor areas. These measures were eased two weeks earlier than planned, while other rules will be relaxed as scheduled next Thursday.

“If there is room and [good] conditions, I am personally inclined to have a more relaxed atmosphere for people to celebrate the 25th anniversary of Hong Kong returning to China,” she said.

It remains unclear how long the mask mandate and public gathering bans will remain in place.

Experts, meanwhile, are divided on quarantine policy. Respiratory infectious disease expert Leung Chi-chiu told HKFP it is important to require inbound travellers to quarantine at designated hotels, as new Omicron variants could cause a rebound of cases. That has been the situation in South Africa and the US, he said.

Leung’s comment came after Ivan Hung – chief of the Division of Infectious Diseases in the University of Hong Kong’s medical faculty – suggested allowing vaccinated arrivals to quarantine at home. He said Hong Kong now has a strong natural immunity as he estimated around four million people have been infected with Omicron.

Leung, however, said there is a high risk of community outbreak if home quarantine is allowed, as around half of the imported cases were detected during quarantine.

“We need to prevent importation of the emerging immune-escape variants, which will threaten the ongoing relaxation of social distancing measures. We need to give a few months of relatively peaceful time[s] for the people’s livelihood and local economy to recover, otherwise our community may face major hardship with an early sixth wave,” Leung told HKFP in text messages.

Hong Kong recently saw a downward trend of infection numbers, recording only around 200 to 300 cases every day, compared to more than 1,000 during the peak of the fifth wave.