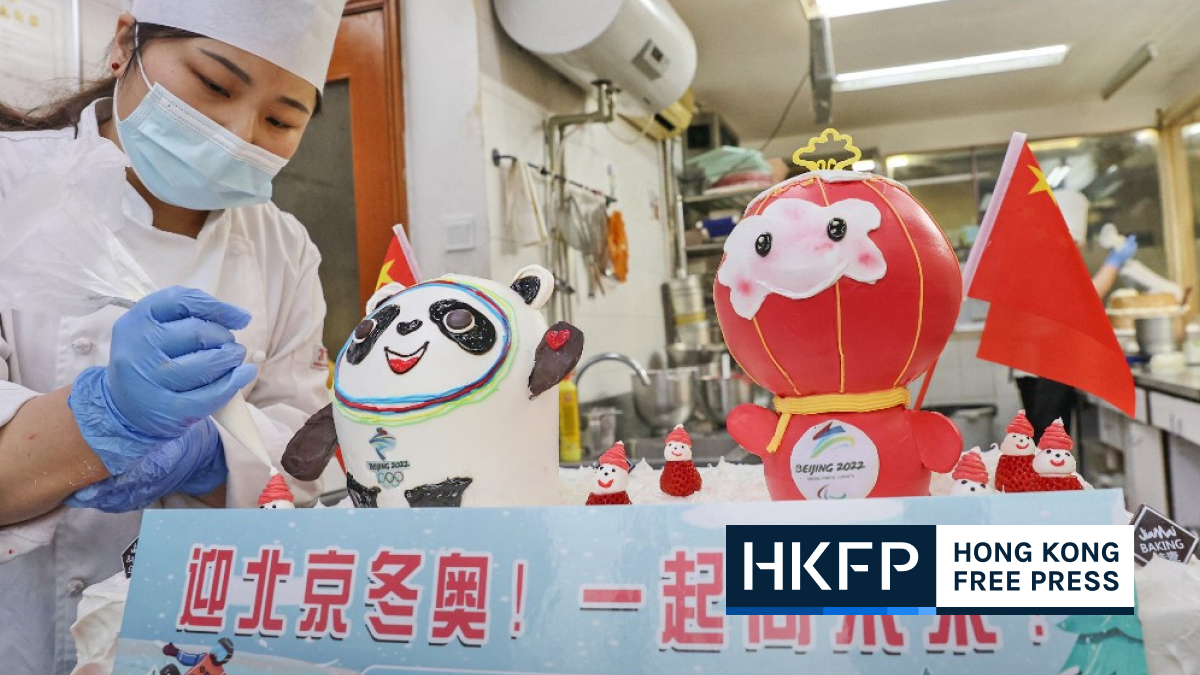 Chinese bakers looking to cash in on the popularity of the Beijing Winter Olympics mascot have ended up on thin ice after market authorities cracked down on sweet treats shaped like the cartoon panda.

Officials cited licensing concerns for their swoops on the gastronomic homages to Bing Dwen Dwen, and one case of copyright violations — for producing pirated mascot dolls — has already landed a person in jail.

Depicted in a full-body ice suit, Bing Dwen Dwen has sparked long queues at Olympic souvenir shops — with many willing to fork out more than the official price to get their hands on one amid shortages.

While its name officially means “ice child” in Mandarin, it is more colloquially translated as “ice chubster”. It is often seen alongside Shuey Rhon Rhon, a lantern mascot for the Winter Paralympic Games.

Authorities have said they are investigating several businesses using the Olympics symbols without permission.

One bakery in the southeastern province of Jiangsu was reported for advertising cakes shaped like the rotund panda, and lacked “relevant authorisation”, local officials said Friday.

“A six-inch cake in the shape of Bing Dwen Dwen was found at the scene… the parties made three such cakes, worth 600 yuan (US$94),” said the market supervision administration in Nantong city.

State media said authorities had received a “tip-off” about the alleged crime.

A dessert store in the eastern Shantou city was also stopped from selling sweet treats shaped like the mascot and bearing the Olympic rings, another official notice said.

“Intellectual property rights such as patents and copyrights of Bing Dwen Dwen are owned by the Beijing Winter Olympics Organising Committee,” the notice stressed.

Offending bakeries were also reported in other parts of the country, said state media.

With the Lunar New Year coinciding with the start of the Olympics and affecting production of toys in the shape of the mascot, a supply shortage in recent weeks has seen scalpers selling the product for 10 times its original price of 200 yuan (US$30), according to reports.

Spectators are largely banned from the Games due to Covid-19 restrictions, and owning the mascot may be the closest most people get to the Beijing Winter Olympics.

Officials said Monday that a person had been jailed for a year and fined 40,000 yuan (US$6,300) for making and selling pirated dolls of Bing Dwen Dwen, in what they said was China’s “first criminal case” for infringing the copyright of the Beijing Winter Olympics mascot.