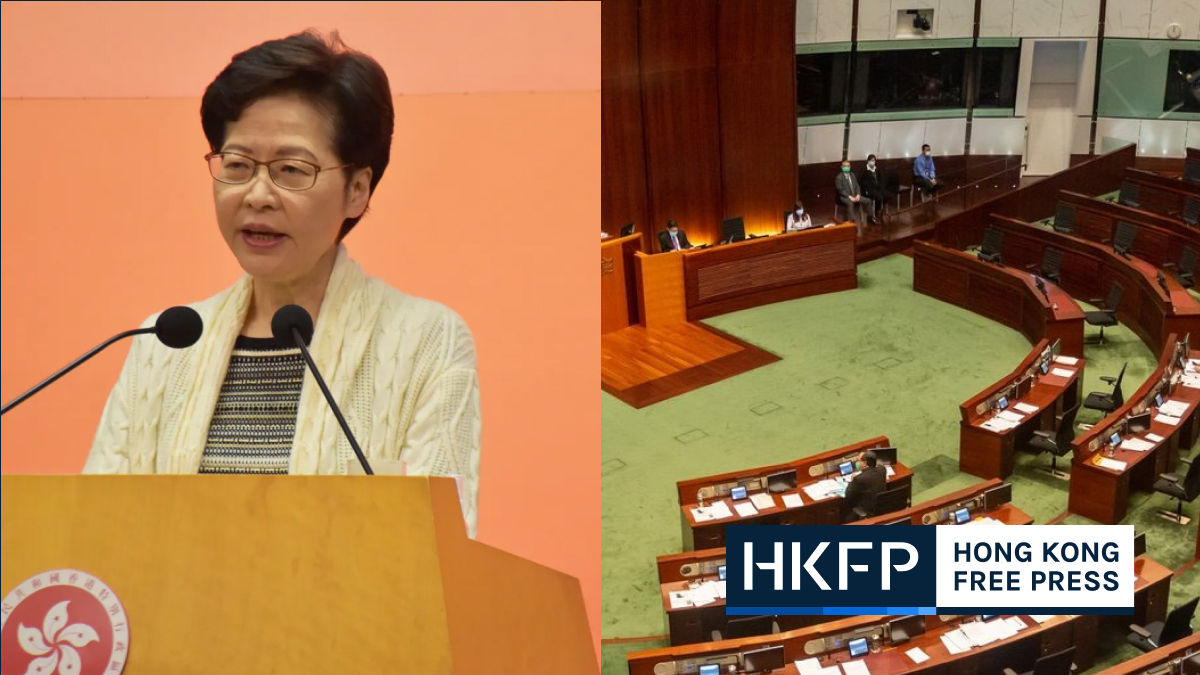 Chief Executive Carrie Lam has called on Hong Kong lawmakers to ask fewer questions about the government’s work over the next two months, particularly in relation to the upcoming budget, citing the urgency of tackling the growing Covid-19 outbreak.

In a letter sent to Andrew Leung, president of the Legislative Council (LegCo), on Monday, Lam said the city’s administration could “hardly divert [their] time and attention” to requests for information as the government is devoting its efforts to fighting the epidemic.

The budget speech – which lays out the city’s planned expenditure for the coming year in areas such as social welfare and healthcare – will be delivered by Financial Secretary Paul Chan on Wednesday.

After the budget is delivered, lawmakers in the LegCo’s Finance Committee are tasked with scrutinising it and raising questions to be answered by various government departments. The process lasts for two months.

“Based on previous experience, this exercise alone which usually involves up to several thousands of questions… [and] would take up a lot of time for my colleagues at various levels,” Lam wrote.

In response to Lam’s request, Leung wrote to LegCo members on Monday saying that each lawmaker would be allowed to ask a maximum of 10 questions throughout the scrutiny process.

Even if all 90 lawmakers used their 10-question quota, the total number of questions will be far fewer than in previous years.

According to Now TV, lawmakers asked 3,249 questions regarding the 2021 budget. For budget speeches between 2017 and 2020, when the legislature still had pro-democracy lawmakers, an average of 6,941 questions were asked.

“As [Chinese] President Xi Jinping has said, getting the epidemic under control is our overriding mission,” Leung wrote.

“I think everybody agrees that during these tough times, lawmakers have the responsibility to mobilise all resources and manpower to take the necessary measures in line with Hong Kong Special Administrative Region government’s anti-epidemic work,” he wrote.

Tik Chi-yuen, the sole non-pro-establishment lawmaker, said the arrangement was not ideal as it would undermine the LegCo’s role of scrutinising the spending of public money.

“The budget involves around HK$60 million in regular spending. There are many details that we need to understand through asking questions,” Tik, a veteran politician representing the social welfare functional constituency, told NowTV. “If we do not have the chance to ask questions, that completely weakens our function of monitoring the government.”

The upcoming budget speech is the first to be read out to a patriots-only legislature. Beijing’s electoral reform all but barred opposition activists from standing in last December’s LegCo poll, which saw a record low voter turnout.

“[I] hope the political parties can coordinate so they do not repeat questions and waste their quota,” Chan said, adding that he “believes the arrangement will return to normal next year.”

Wednesday’s budget speech comes as Hong Kong battles its worst Covid-19 outbreak, which began in late December. The city has recorded four-digit daily cases in the past week and a half, with another 6,211 infections confirmed on Tuesday.

While the unemployment rate for the three months ending in January was unchanged from the previous three-month figure at 3.9 per cent, the government has warned that the growing Covid-19 crisis is taking its toll on the labour market.

Local media has reported Hongkongers losing their jobs while in Covid-19 isolation, while others – particularly in sectors such as catering and tourism – have been put on unpaid leave.

Different sectors and political parties have been calling on the government to announce universal cash handouts in Wednesday’s budget speech.

Earlier this month, the Democratic Party urged the city to distribute HK$15,000 in payouts to alleviate the financial burden of many affected by the pandemic.

Jeffrey Lam, a non-official Executive Council member and lawmaker, said authorities should give out consumption vouchers with a value of HK$10,000 to boost the economy and improve morale.

Last year, the government announced its HK$5,000 consumption voucher scheme during the budget speech. The amount was distributed in stages via electronic spending coupons.