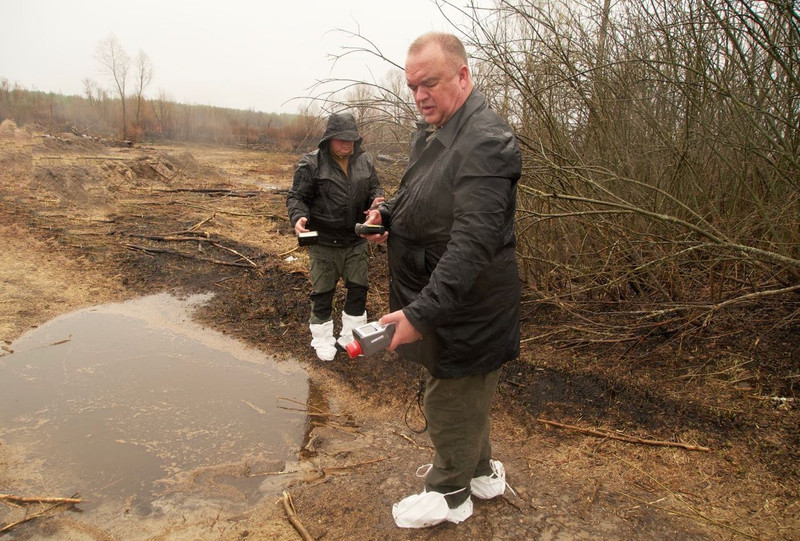 After three weeks of working under “extreme pressure”, staff at the Chernobyl nuclear power plant in Ukraine, previously under Russian control, were finally be relieved over the weekend, the International Atomic Energy Agency (IAEA), the UN watchdog based in Vienna, reported on Sunday (10 April).

The area has been almost completely shut off since Russian forces seized the site on 24 February, forcing staff to work continuously for weeks, with the last relief team managing to get to the site on 21 March.

Energoatom, the national nuclear operator, told the IAEA that staff could only be ferried to the Chernobyl site by boat over the Pripyat river from the city of Slavutych outside the exclusion zone — the radiation area where people are prohibited from living.

Chernobyl, which lies close to the Russian border, was the site of one of the world’s worst nuclear accidents in 1986.

The plant was shut down in 2000, but still employs a permanent crew to keep cool water circulating over the spent fuel rods.

If the water evaporates and the rods run dry, they could overheat and catch fire, potentially spreading radioactive materials in dangerous clouds.

“A war in a country with so much nuclear activity, this is an unprecedented crisis,” Grossi told Italian newspaper Corriere Della Sera on Friday.

The IAEA said a meltdown is unlikely to happen because it will take weeks for the cooling fluid to boil away.

Still, damage to the plant’s central analytical laboratory, plus a lack of electricity, have made remote measurements impossible, blinding the watchdog.

Energoatom tweeted on Saturday that it had measured abnormally high background radiation levels in the Red Forest. Russian forces had built entrenched fortifications on the site, causing radioactive dust to spread.

On Saturday, Ukrainian officials had told IAEA that the National Guard was “ensuring the physical protection” of various radioactive waste management facilities on the site.

Despite “the increase in the level of radioactive contamination,” radiation levels were “within limits”, they said.

On Sunday, Grossi said an IAEA mission would be sent to Chernobyl “as soon as possible” to conduct a radiological assessment on the ground.

Signalling the nuclear threat is felt across the bloc, the EU last week also announced a rapid response emergency system that would send teams equipped with specialised decontamination equipment to help member states, including Ukraine, in case of a nuclear accident or attack.