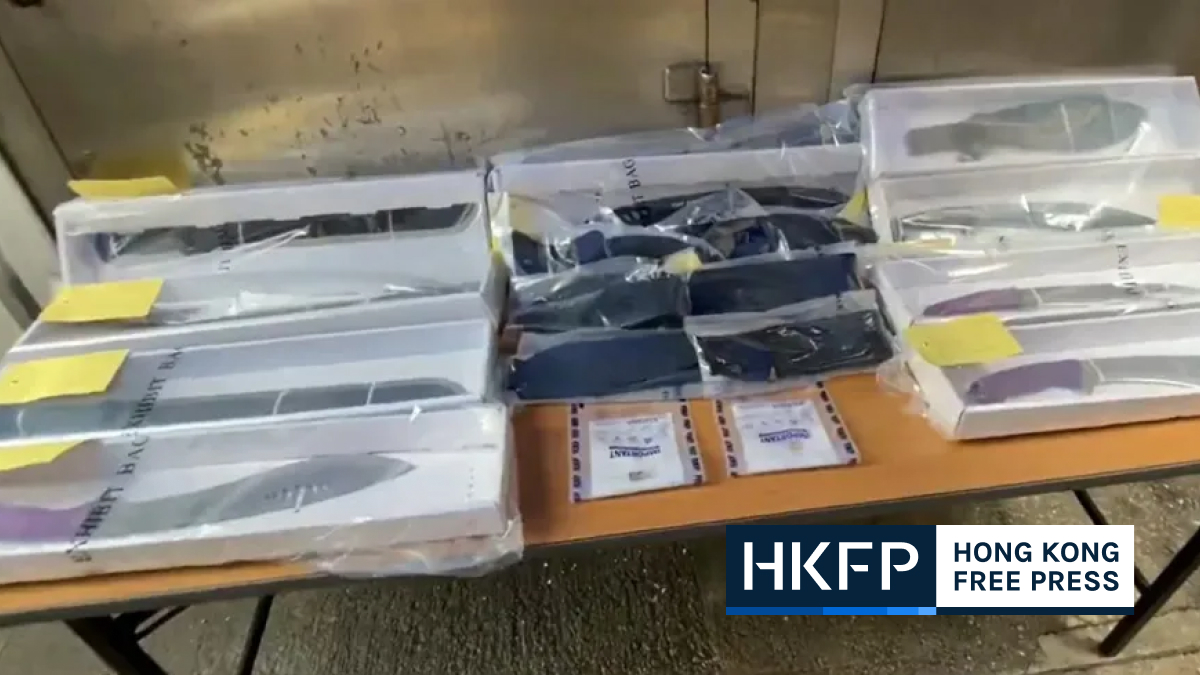 A shooting near Hong Kong’s nightlife hub Lan Kwai Fong in the early hours of Friday morning in which three people were injured stemmed from a fight between two triad gangs, police have said. At least four men from the same gang have been arrested, while a manhunt is underway for the remaining suspects.

“The incident was instigated by two groups – triad groups – they have been at each other’s throat for quite some time. Mostly the disputes [were] caused by illegal activities such as illegal gambling, such as transaction of trafficked dangerous drugs and things like that. This is kind of a retaliation between these two triad groups,” Tony Ho, senior superintendent from the Organised Crime and Triad Bureau, said during a press briefing on Friday afternoon.

At around 2:40 a.m. on Friday, five vehicles were driving along Wyndham Street in Central, Ho said. When the three cars in front, belonging to one triad group, stopped at the traffic lights, at least eight men from a rival gang got out of the two cars behind, wielding knives.

The gang under attack fought back, firing at least two shots and injuring one man in his stomach, before fleeing.

Police said they found six men when they arrived at the scene, three of whom were injured. The one who was shot in the stomach was 25-year-old, and was undergoing surgery at Queen Mary Hospital.

Police arrested the 36-year-old and three uninjured men, on charges of wounding with intent and possessing offensive weapons. All four were from the same triad group.

Authorities found a shell case, a bullet and nine machetes at the scene. Ho said the firearm has yet to be uncovered but the bullet found suggested the suspected weapon was be a 9-millimetre semi-automatic pistol.

Ho called the event an “isolated incident,” saying the public need not worry too much about a “gun problem” in Hong Kong.

“But having said that, the police is very concerned about… [a] real firearm being used and someone being hurt, especially in a crowded area like Central. So we will do our utmost to first locate the firearm and also those people who are involved in this case,” Ho said.

Wyndham Street was partially blocked on Friday morning, with police inspecting a black Lexus and a grey Mercedes-Benz within a cordoned off area. The Lexus had a dented front and its side doors were damaged. An apparent bullet hole could be seen in the front passenger door of the Lexus. The police source said the two cars belonged to the assailants.

Authorities also used tape and plastic film to wrap one of the Lexus’ destroyed side doors.

The cars were towed away at around 11 a.m.

The Force also said they found a burnt van in Pat Heung, a rural area near Yuen Long at around 4 a.m., believed to have been used by the gang who fled the scene after being attacked.