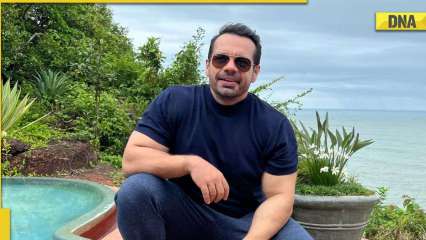 YouTuber Gaurav Taneja took to his Twitter handle on Thursday to inform that he had filed a police complaint after receiving a threat call against his four-year-old daughter. In addition to a blurry screenshot of the police crime, Gaurav Taneja aka Flying Beast tweeted: “Received a threat call against our 4-year-old daughter. Police crime registered. @DelhiPolice @HMOIndia.”

Received a threat call against our 4 year old daughter.
Report registered with the police.@DelhiPolice @HMOIndia pic.twitter.com/FobjcwjLMd

‘Flying Beast’ Gaurav Taneja was recently in the news for his arrest. Gaurav was arrested after his followers gathered at Sector 51 metro station of the Aqua Line in Noida on July 9 to celebrate his birthday. Taneja had booked a metro bus to celebrate his birthday. The YouTuber’s wife, Ritu Rathee Taneja, is said to have invited followers to his birthday. After this, thousands of people flocked to the Sector 51 subway station to meet the YouTuber. Noida Sector 49 police rushed to the scene and dealt with the situation. He was arrested for alleged violation of Section 144 of the CrPC in force in Noida and Section 188 (disobeying the order duly issued by an official). Hours later, he was released on bail.

Gaurav Taneja is currently one of the most popular YouTubers in the country with millions of subscribers to his three YouTube channels – ‘Flying Beast’, ‘Fit Muscle TV’ and ‘Rasbhari Ke Papa’ where he makes fitness related videos as well as his daily vlogs and live streams. Taneja holds a degree in civil engineering from the Indian Institute of Technology in Kharagpur and is currently studying law at the law faculty of Delhi University.