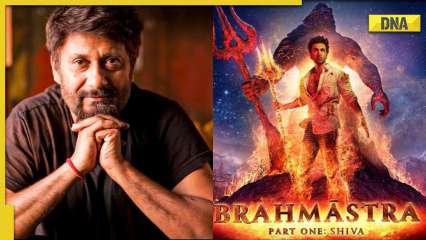 Vivek retweeted the article with his quote, declaring that when an industry spends 0% on research and development, it is doomed. Vivek said: “The problem is that everything is fake in Bollywood. And nobody is responsible. No industry can survive that invests 0% in R&D and wastes 70-80% money on stars.”

The problem is that everything is fake in Bollywood. And no one is responsible. No industry can survive that invests 0 in R&D and wastes 70-80 money on stars.

In another case, Vivek shared an image from The Kashmir Files, in which Anupam Kher’s character resonates with Lord Shiva. Agnihotri shared the image with the caption that says, “Never go crazy with Shiva.” For the inexperienced, the character name of Ranbir in Brahmastra is Shiva. So this is the indirect excavation of Vivek at team Brahmastra.

Earlier, Kangana Ranaut openly attacked Brahmastra’s director Ayan Mukerji and producer Karan Johar. Kangana wrote on Instagram: “Anyone who called Ayan Mukerji a genius should go to jail immediately…it took him 12 years to make this movie, he replaced 14 DOPs he had made over 400 days for this movie and changed 85 ads and burned 600 crores to Also try to exploit religious sentiments by changing the movie name at the last minute from Jalaluddin Rumi to Shiva because of Baahubali’s success… Such opportunists robbed people, success-hungry greedy people when they geniuses were mentioned, then it is not manipulation but a deliberate strategy to call din koraat and raat ko din.”