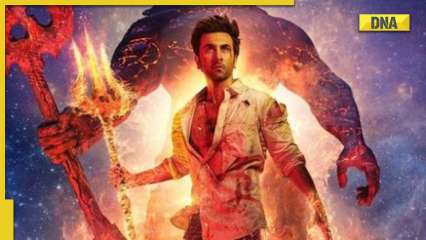 Alia Bhatt and Ranbir Kapoor’s highly anticipated film Brahmastra, directed by Ayan Mukerji, has been released. Alia and Ranbir shared screen space for the first time, fans were so excited to watch the movie.

The film seems to break many box office records as it has received good reviews. Film analyst Sumit Kadel took to Twitter and wrote that the lead actors of Alia Bhatt and Ranbir Kapoor would collect at least Rs 35 crore. He tweeted: “#Brahmastra is going to start STRAWBERRY.. Day-1 all languages ​​would be over ₹ 35 cr+”

Recently, the Brahmastra team held a press conference in Delhi, where Ranbir was asked to comment on the pre-booking. Kapoor stated that they can’t take these numbers seriously because until the audience doesn’t see the movie, the game doesn’t start. “The film is made for the public. I think we will know where we are on Friday, kitne paani ke andar hai.” Kapoor continued: “The feeling is of course positive. We came as Shah Rukh Khan from Dilwale (Dulhaniya) Le Jaayenge and asked you to ‘come and see our film!’ That’s all.” Ranbir added that his wife and co-star Alia is quite excited about the reaction to the prebooking: “She notes everything, so much is open here, this is the reaction there.”

Ranbir is happy to be joined by two of his favorites: Alia and director Ayan Mukerji. The actor revealed that he was working on the film until this week: “But actually we only got our friend Ayan yesterday. Until yesterday he was working on the film. We always wanted to have this shared experience, spend these days together, and feel every emotion. So yes, it is a very exciting time.”

According to The Switzerland Times report, Brahmastra has so far earned Rs 23 crore by pre-booking. The figures include Rs 11 crore for Friday booking. Even the Telugu version has contributed Rs 1 crore in advance. Brahmastra advance booking is considered to be the best advance collection after the pandemic. Brahmastra hits theaters on September 9.