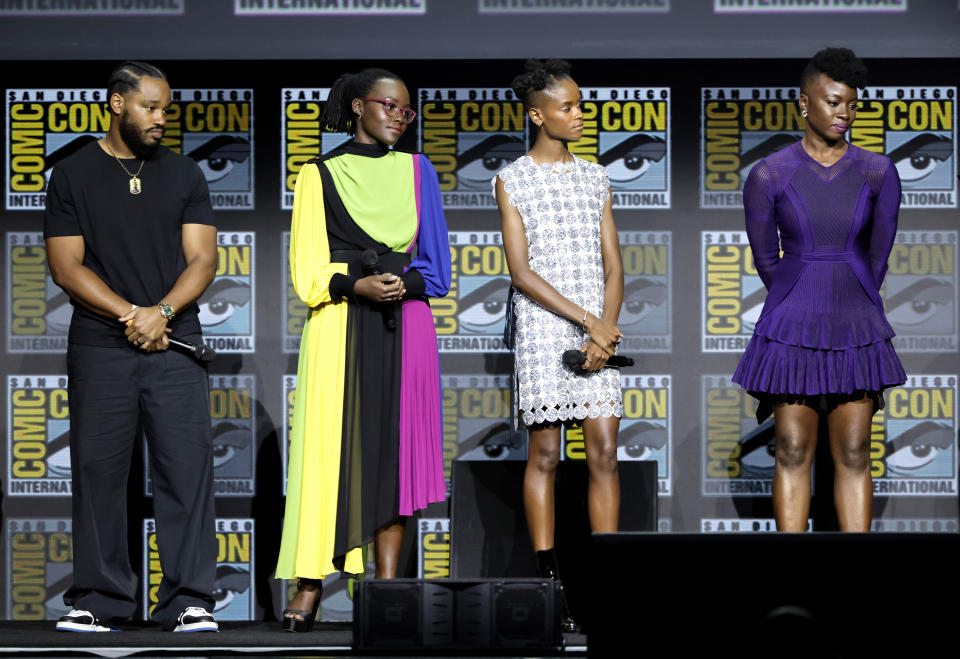 The Black Panther cast candidly about how they grieved Chadwick Bosemen while filming the highly anticipated sequel. Bosemen, who starred as Black Panther and T’Challa, the king of Wakanda, died in 2020 after a private battle with colon cancer. Danai Gurira, Lupita Nyong’o, Letitia Wright and Florence Kasumba are among the stars returning in Black Panther: Wakanda Foreverand they say stepping back on set was emotional, as you might think.

“There was a lot of silence, reflection, prayer and meditation to strengthen me as emotionally, mentally and spiritually as possible,” Nyong’o tells the New York Times about how she prepared for the sequel. “It was a unique experience to step back into this world without our leader. When you have a second film there are a lot of expectations. But I think the loss of Chadwick took all that away. I found I had to radically accept that this was going to be different, and that the key was to appear as open as possible.”

“I remember interacting a lot with Danai. When we got to Atlanta [where filming took place], we went for a walk in the park and just sat together and processed what it meant to start over and what it took. The great thing I discovered was that I was not alone. When I came back to the world of Wakanda, I felt like I had family who understood,” she explained.

Although Gurira received intense physical training to reprise her role as Okoye, the general of the all-female Dora Milaje warrior group, the actress admitted that there were emotional challenges as well.

“I remember sitting with [director Ryan Coogler], and he helped me process what felt different this time: it was sadness,” Gurira explained. “So sadness mixed with our process. There were things I couldn’t prepare for, like stepping into the throne room and remembering the last time I was there and being really touched by it. And then, as Letitia said, we leaned on each other.”

Marvel Studios president Kevin Feige announced that Bosemen’s role will not be recast, a decision that divided fans of the franchise. However, the powerful women of Wakanda were more than willing to step in and carry on Boseman’s legacy while leaning on each other.

“I had to learn that I’m still not ready to talk to everyone about everything. I didn’t know when I would be triggered,” Kasumba added. “But if that happened, I knew there were people I could be open to; going to work felt like coming home. The training also helped a lot because we had to be so focused. It was a combination of losing ourselves but also making sure after such a long time we are moving as one again.”