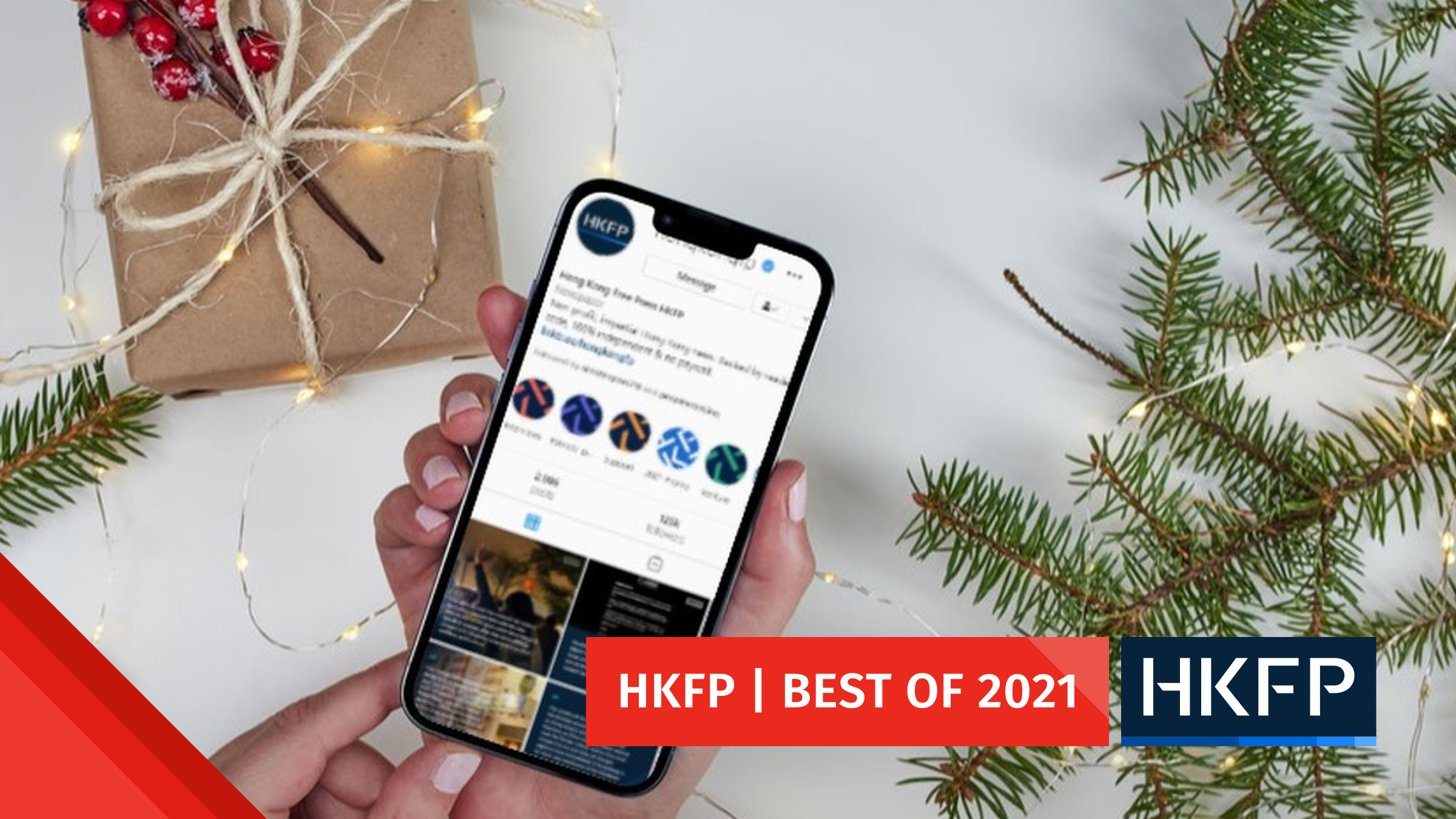 Our features in 2021 documented Hong Kong’s transformation under the shadow of the Beijing-enacted national security law. We spoke with people who left the city for the UK, filmmakers and book publishers who grappled with censorship fears, and local and mainland Chinese Wikipedia administrators fighting to set the narrative of key events in the 2019 protests.

We also told the story of Hong Kong’s diminishing manufacturing sector, siu mai fanatics who paid tribute to their favourite street food by launching its own encyclopaedia, and couples experimenting with the controversial lifestyle of polyamory.

As pro-democracy figures face ongoing criticism over their connections to powerful figures in Washington, an investigation by HKFP revealed the extent to which the Hong Kong government used its considerable financial clout – and latitude granted under the Basic Law – to fund an extensive lobbying effort in the United States.

Hong Kong pro-democracy protesters Eugene and Hong are determined to keep their tattoos depicting the now-illegal slogan “Liberate Hong Kong, revolution of our times.” They see their skin as the “last inch of freedom” remaining under the Beijing-enacted national security law.

3. How directors, distributors and devotees are struggling to keep Hong Kong cinema alive

The national security law has created major uncertainties for film-makers: “I just wanted to tell a story. I didn’t know it would become illegal,” documentary maker Nora Lam told HKFP.

The letter-writing volunteers are known as Hong Kong’s “Masters of Letters” for their dedication to making sure imprisoned protesters don’t end up like “dong sau juk hai condom”, meaning to treat protesters like condoms — disposable and thrown away after use.

5. Wikipedia wars: How Hongkongers and mainland Chinese are battling to set the narrative

As Hongkongers reckon with the closure of one of the city’s mainstream news outlets, drastic political changes and a sweeping national security law, the city’s keyboard warriors on Wikipedia also came under pressure.

Locally-focused print publications spotlight grassroots issues instead of hard politics, and reach out to elderly communities in Hong Kong. But will they survive the demise of the district councils?

A group of young Hong Kong lawyers created a database of magistrates’ rulings in protest-related cases in a bid to safeguard the rule of law, amid unprecedented public interest in court hearings after thousands were prosecuted over the 2019 unrest.

State-backed media attacks on a Hong Kong official in 2020 bore all the hallmarks of a planned and coordinated campaign, ex-Wen Wei Po deputy editor Ching Cheong told HKFP. They also pointed to a resurgence in the influence of mainland mouthpieces in the city.

9. ‘Freedom is most important’: The Hong Kong families gambling on a new life in Britain

At 63, Coby is decades older than many of the Hongkongers fleeing to the UK. Her three-generation family’s decision to exit the city reflects the deep societal rupture triggered by Beijing’s national security law, which has led to mass arrests and a swingeing crackdown on freedom of expression.

10. Loving one and many: the world of Hong Kong polyamorists

Hongkongers experimenting with polyamory — couples who give each other permission to simultaneously pursue other romantic or even sexual relationships outside their own — shared with HKFP intimate details of their controversial lifestyle.

11. Small businesses fear a struggle to survive when Hong Kong factory estates are knocked down for housing

Many small businesses fear they will struggle to survive after the Hong Kong government announced plans to demolish four public factory estates with over 2,000 tenants to build public housing.

Hong Kong’s iconic yellow and white siu mai dumpling, which for decades has been a satisfying go-to street food for those in search of a quick bite, received a fitting tribute – its own encyclopaedia.