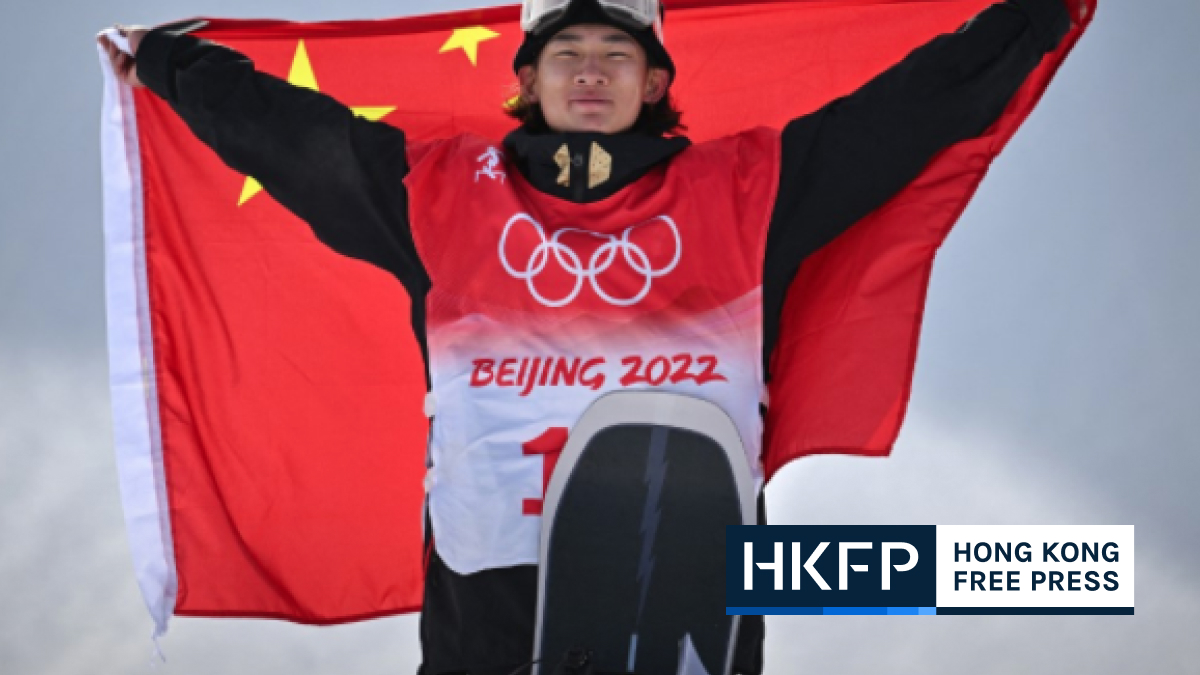 Su Yiming was a talented film actor as a child but his silver-medal exploits in snowboarding on Monday made him an instant box-office hit at his home Beijing Winter Olympics.

The 17-year-old tyro took the slopestyle competition by storm, pushing eventual winner Max Parrot of Canada all the way before falling just short of gold.

Su has competed in just six World Cup events but already he has become the first men’s snowboarding Olympic medallist in China’s history.

“This moment was amazing for me because since I was young I had a dream to compete in my home town, in my own country, at the Olympic Games,” said Su.

“I did that today and competed against my childhood idols. I really felt overwhelmed.”

Su might not even have been competing in the Olympics had he continued his fledgling career as an actor.

He appeared in the epic action movie “The Taking of Tiger Mountain” when he was eight years old before deciding to fully dedicate himself to snowboarding.

His exploits blew up Monday on Chinese social media, where his name was trending with at least 640 million views.

Su is open to making a return to the silver screen one day.

“I had a dream to compete in snowboarding and also to be an actor — I think that’s really cool,” he said.

“I want to put these two things together and make something new, something different.”

Su said he told himself to relax before the final but found it “easier said than done” and confessed to feeling “very nervous”.

That was all forgotten once the competition was under way, as he grinded off rails, flew through the air and stunned his rivals with his jaw-dropping tricks.

“At the first competition of the year I saw his tricks and I thought, ‘Woah, he’s really pushing it to the next level,’” said Parrot.

Su said it was a “dream come true” to stand alongside Parrot and bronze-medallist Mark McMorris on the podium, describing both Canadians as his “idols”.

If he continues his phenomenal success it could be Su inspiring the next generation of Olympic medallists.

“This is my first Olympic Games and I’m only 17 years old,” he said.

“I have nothing to worry about — I just have to do my best. Today the pressure came from myself, I’m lucky to be in the same competition as the others.”