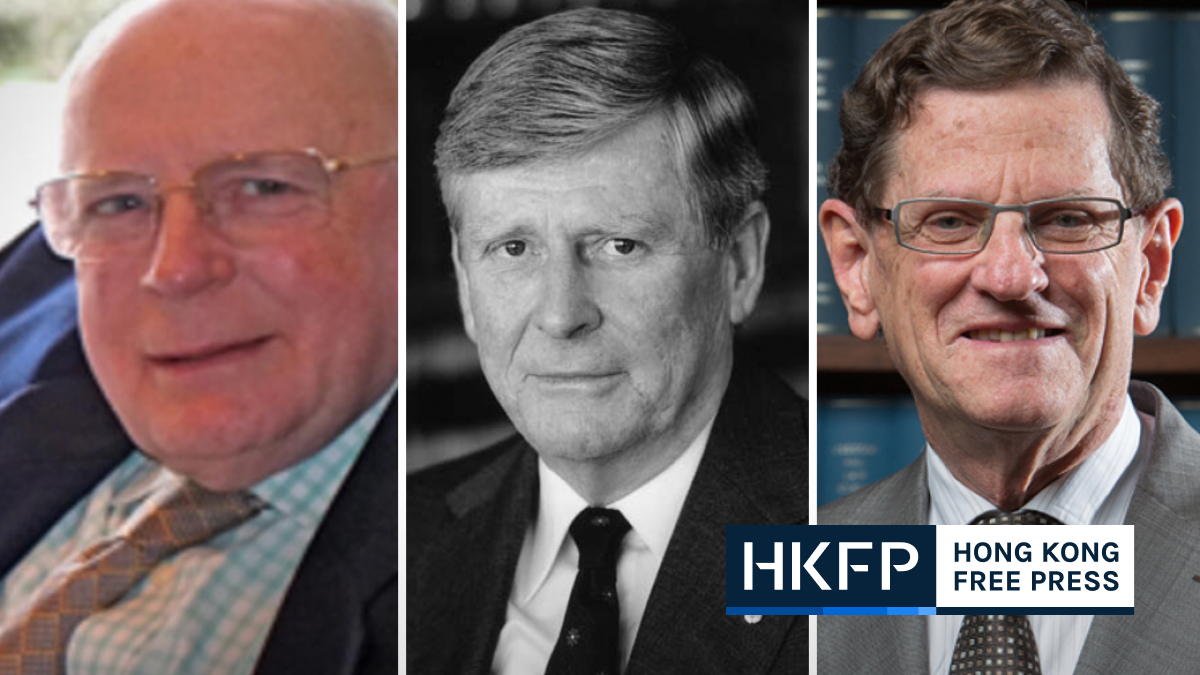 UK Supreme Court President Robert Reed and fellow judge Patrick Hodge resigned from the Hong Kong Court of Final Appeal on Wednesday, saying the government had “departed from values of political freedom and freedom of expression”.

Four of the ten remaining overseas judges — who unlike Reed and Hodge are retired — have said they will remain, including Australian judges William Gummow, Anthony Murray Gleeson and Robert French.

“We do not intend to resign and we support the judges of the Court of Final Appeal in their commitment to judicial independence,” Gummow, Gleeson and French told AFP in a joint statement.

“The court is operating as an independent, judicial branch of government — perhaps the last surviving strong institution of democracy,” McLachlin told The Globe and Mail.

The six remaining members, who are retired British judges, have not made clear if they will stay or resign.

Legal analysts say they could come under pressure to follow Reed and Hodge in stepping down.

“I would be surprised if this very significant step… did not give the others very serious pause for thought,” British lawyer Schona Jolly wrote on Twitter.

They include David Neuberger, a former head of Britain’s Supreme Court, and Jonathan Sumption, who also used to sit on the UK’s top court.

UK Foreign Secretary Liz Truss said Wednesday that Hong Kong’s national security law — imposed by China in 2020 after months of democracy protests in the city — had led to a “systematic erosion of liberty and democracy”.

Truss added it was “no longer tenable” for serving British judges to sit on Hong Kong’s top court, as it would risk “legitimising oppression”.

China said it “strongly deplored” the move, which was also criticised by Hong Kong’s two professional legal bodies, the Law Society and the Bar Association.

“We have made representations to the UK government to express our position and to urge them not to interfere,” Bar Association chair Victor Dawes told reporters Thursday.

He also argued it was too early to tell if the security law had negatively impacted Hong Kong.

But local lawyer and former student leader Kenneth Lam said Hong Kong had become a place where “speech can be criminalised, critics of the regime can be jailed, and those awaiting trial can be kept behind bars for years.”

“How much of a price must we pay before we are willing to face the fact that Hong Kong, once an international city that respects free speech and personal freedom, has become unrecognisable,” he wrote on Facebook.