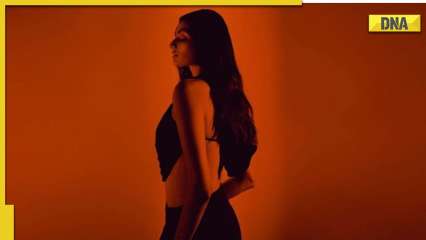 Athiya Shetty may not be active on the big screen, but she sure knows how to amaze her fans. Recently, Athiya posted a sexy photo of herself posing in a black backless top. and set the internet on fire.

Athiya shared the photo with the caption “all the lights”, which has left her followers amazed. Several of her followers have commented on her photo, including her beau KL Rahul.

Here is the picture

Bollywood actress Athiya Shetty and Indian cricketer KL Rahul have never been secretive about their relationship as the couple continues to share their romantic photos on their social media accounts. On Tuesday, August 2, Athiya took to her Instagram account and shared an adorable photo with a hat on.

In response to the photo, KL Rahul’s cute comment is winning the hearts of the netizens when he called her “cutest hat chor” in the comments section and added a red heart emoji. Even Athiya’s father Suniel Shetty reacted to her photo, dropping ten red heart emojis.

Last month there were rumors that Athiya and Rahul are getting married within three months. An Indian Today report quoted a source close to the family as saying that the star couple’s families recently met and major preparations for their wedding are underway.