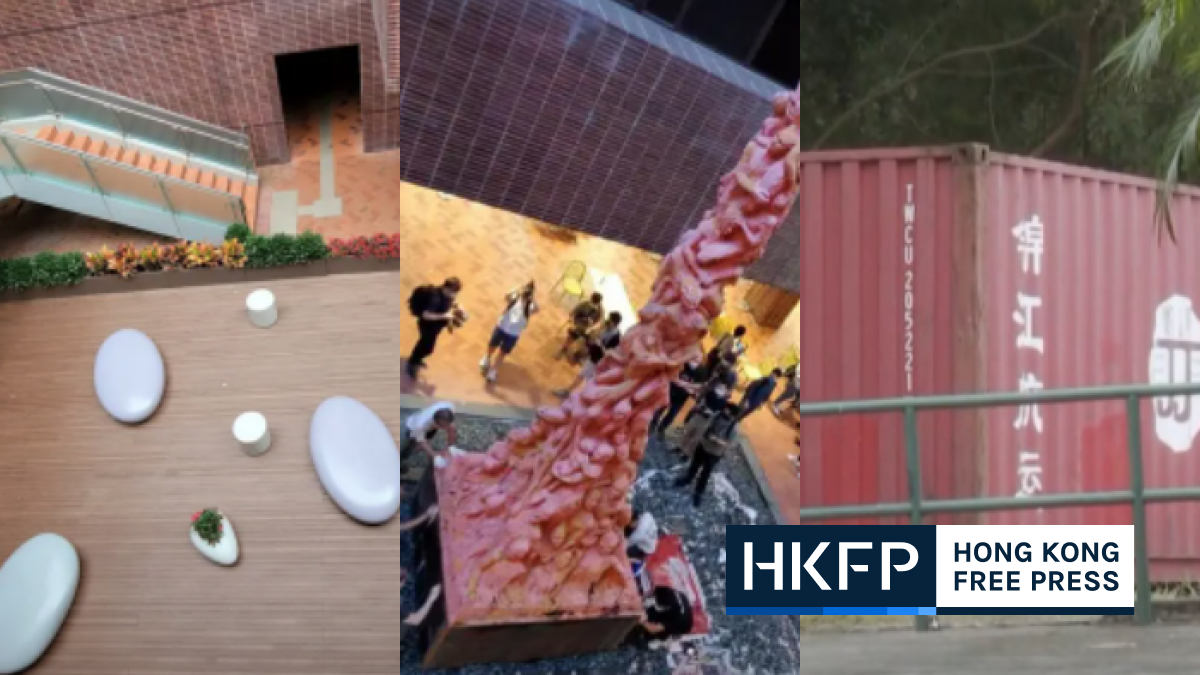 The Danish sculptor behind a tribute to the Tiananmen crackdown dead, which was removed by the University of Hong Kong (HKU) last December, says that the university may allow him to retrieve the Pillar of Shame.

HKU demanded that the disbanded group behind Hong Kong’s annual Tiananmen Massacre vigil, the Hong Kong Alliance in Support of Patriotic Democratic Movements of China, remove the monument last October. Citing safety reasons and “legal risks” under the city’s colonial-era Crimes Ordinance, HKU tore the statue down itself late last December whilst students were away on break. Round benches and tables now dot the area where the Pillar of Shame once stood on the university’s main campus.

Jens Galschiøt told HKFP that HKU’s new law firm had informed his lawyer that the monument could be picked up if he could prove ownership. It is currently being stored in a shipping container at another HKU property.

The Tiananmen crackdown occurred on June 4, 1989, ending months of student-led demonstrations in China. It is estimated that hundreds, perhaps thousands, died when the People’s Liberation Army cracked down on protesters in Beijing.

The eight-metre tall statue of bodies twisting towards the sky was the site of annual ceremonies to commemorate the victims. According to Galschiøt, HKU had repeatedly ignored his enquiries during the removal saga, as tributes were torn down across local campuses.

Galschiøt said that his lawyer was struggling to find a shipping firm willing to take on the task. “[H]e is afraid to get involved in the sculpture relocation, [as] it can create an unfortunate attention on him and his family and company.”

An earlier statement from his studio said that no less than 10 crane and transport companies had refused to help, owing to fear of the national security law.

“I have a great understanding of it,” the artist told HKFP. “It’s not him – but Hong Kong in which there is something wrong.”

A spokesperson for HKU told HKFP last month that they “don’t have any further comments on this matter.”

In June 2020, Beijing inserted national security legislation directly into Hong Kong’s mini-constitution – bypassing the local legislature – following a year of pro-democracy protests and unrest. It criminalised subversion, secession, collusion with foreign forces and terrorist acts, which were broadly defined to include disruption to transport and other infrastructure. The move gave police sweeping new powers, alarming democrats, civil society groups and trade partners, as such laws have been used broadly to silence and punish dissidents in China. However, the authorities say it has restored stability and peace to the city.