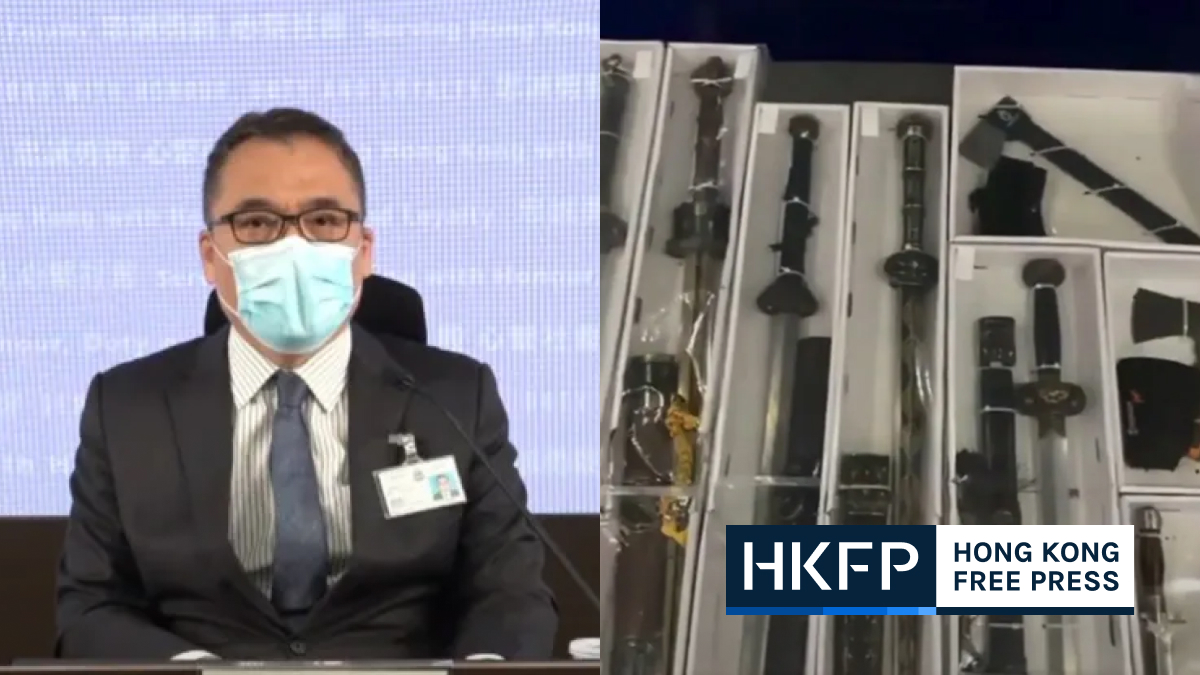 A 59-year-old combat coach and his 62-year-old female assistant arrested last Sunday under the colonial-era sedition law were planning to “build an army,” according to Hong Kong police. Weapons – including crossbows, swords, bows and arrows, and air guns – were found at locations in Tsim Sha Tsui, Sha Tin, and Ma On Shan during the investigation.

Senior Superintendent Steve Li of the National Security Department said on Tuesday that, since March 2020, multiple allegedly seditious articles have been published on the Facebook page of a training centre used by the pair. However, the police did not indicate whether the pair published the posts.

According to Li, the posts involved inciting others to use force to overturn the regime, and inviting netizens to practise martial arts “in preparation for a future revolution and resisting the regime.”

“For example, some of the posts read ‘Hong Kong people keep it up, establish a shadow government and self defence forces to demand repayment from communist bandits, overturn the Communist Party with a revolution using force,’” said Li.

Some posts published in late February were also suspected of inciting others to resist the government’s Covid-19 policies, such as claiming that the vaccines would create harmful toxins.

Apart from weapons, police also found cash, most of it in foreign currencies, amounting to HK$380,000, as well as leaflets and posters.

The pair will appear at West Kowloon Magistrates’ Court on Tuesday afternoon.

The senior superintendent also said that the pair’s alleged offences “far superseded seditious acts,” and that the police force was discussing with the Department of Justice about adding charges under the national security law.

“For example, we can see that the target is clear, emphasising on building an army, a brigade of black knights, supporting Hong Kong independence, targeting the regime of the People’s Republic of China and the SAR government,” said Li.

The anti-sedition law, which falls under the city’s Crime Ordinance, is different from the Beijing-imposed national security law.

Last amended in the 1970s when Hong Kong was still under British rule, the sedition legislation outlaws incitement to violence, disaffection and other offences against the British Crown.

The national security law, implemented in June 2020, criminalised subversion, secession, collusion with foreign forces and terrorist acts, which were broadly defined to include disruption to transport and other infrastructure.

The police also fined four people present at the arrest of the pair for violating the two-person Covid-19 group gathering limit. Li said that the police will also investigate whether participants of martial arts classes also took part in illegal activities.