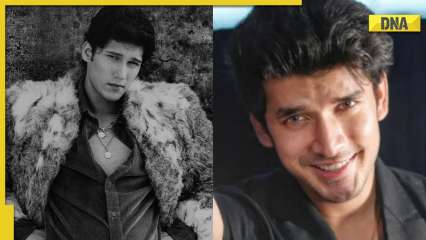 Rupali Ganguly’s hit show Anupamaa has undergone a casting replacement and Paras Kalnawat, who currently plays the titular character’s rebellious son Samar, has been given the exit. According to the report in BollywoodLife, Paras has breached the contract and given his promise to a rival broadcaster to participate in a dance reality show, Jhalak Dikhlaa Jaa. That is why he has been asked to leave the show.

The report further added that the creators were looking for a suitable replacement for Paras, and they found it in Suvansh Dhar. Dhar has received acclaim for his acting performance in Appnapan: Badalte Rishton Ka Bandhan, and it looks like he has a good chance of stepping into Paras’ shoe. According to the report, Dhar has been approached for the role, and if everything falls into place, Suvansh will take on the challenge of portraying a popular character with his interpretation.

Previously, Aneri Vajani, who played the role of Malvika, left the show, and then she became a part of stunt reality show Khatron Ke Khiladi 12. The actress was seen on the show as Malvika aka Mukku, and her character and acting chops were praised by the public. However, Aneri has decided to quit the show forever as there isn’t enough space left for her character. Confirming her departure for Etimes, Aneri added that when she told Mukku’s character, she understood the character’s potential, which is what excited her.

However, Aneri took a short break from the show and her character disappeared from the storyline, until Anupamaa and Anuj’s wedding party. Vajani added that when producer Ranjan Shahi joked about her return, Aneri added: “Par ab khatam ho Gaya hai and there is no possibility to come back to the show (smiles). I was part of the pre- wedding of Anupamaa and Anuj rituals Maine saari rasme nibha lee bas shaadi mein nahi rahungi I will enjoy the wedding from Cape Town.” Aneri was excited to conquer her fear in Khatron Ke Khiladi 12 as this will be her first stunt based reality show, however Aneri was eliminated from KKK 12 a few weeks after she went on air.