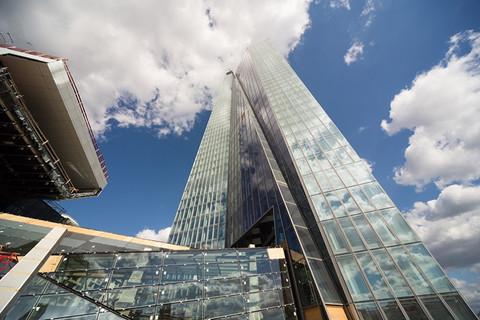 Rising prices have fuelled debate among economists about inflation risk – with some arguing that central banks should increase interest rates, while others urge caution.

On Wednesday (26 January), the US Federal Reserve announced it is likely to hike interest rates in March. The Bank of England raised rates in December and has announced further tightening for February.

Inflation in the eurozone currently stands at a historically-high level of five percent.

So far, the European Central Bank has ruled out increasing interest rates this year. But dissent is growing in the governing council, and pressure on the bank’s leadership to respond to inflation is on.

In a recent op-ed, Jüirgen Stark, a German former ECB executive board member, said that if the bank keeps tolerating rising inflation, it will lose credibility.

The fiery German inflation debate forms the background for his remarks, with many of the country’s major newspapers publishing page-filling warnings that “mega-inflation” is eating up German savings.

Many economists, however, paint a very different picture and warn against rate hikes for several reasons.

Dutch economists Jens van ‘t Klooster and Hielke van Doorslaer urged caution in a different opinion piece this week, writing that central banks do not, in fact, have a “magic button they can press that stops inflation painlessly.”

They explain that raising rates is a blunt instrument, which will dampen demand across all economic sectors.

It increases the cost of lending for companies and governments. Over time, this lowers prices. But this comes at the expense of higher unemployment, increased bankruptcies and government austerity.

They point out that Stark himself presided over the ECB’s 2011 rate hike, which “dramatically worsened” the eurozone crisis, warning against repeating the same mistake.

What complicates matters further is that eurozone inflation is driven by supply-side constraints.

A faster-than-expected restart of the global economy has led to a lack of shipping container availability, bottlenecks at ports, backlogs in the supply of certain raw materials, and, crucially, higher gas prices in the EU.

These are problems not solved efficiently with a general increase in interest rates, but should instead be solved by governments and targeted policies, van ‘t Klooster and Doorslaer argue.

This could be done by taking an active hand in the management of supply chains, or in some cases, price controls – an idea recently reignited by the economist Isabella Weber.

Two proposals by the European Commission point in this direction.

One is the introduction of the Social Climate Fund, which aims to cushion the impact of higher energy prices for households, which some member states have criticised for being too small.

The other is a proposed system for EU countries to procure strategic gas reserves jointly.

Both are still under serious political debate.

Global investment behemoth BlackRock published a report this week in which it also warned against rate hikes.

The report overlaps in its analysis – namely, that current inflation is driven by supply constraints rather than an excess of demand. It concludes that a general rate rise is a high-cost solution that central banks should approach with caution.

There are reasons to be sceptical about their reasoning. BlackRock likes cheap money because it encourages speculative activity in the housing market and drives up asset prices which, as a consequence, drive up asset management fees.

“Asset managers … fear a devaluation of the asset base more than inflation, making them a powerful ‘easy money’ constituency,” wrote political economist Benjamin Braun in a study for the Max Planck Institute for the Study of Societies.

But this fact should not distract from other legitimate concerns against raising rates.

A case in point is the green transition.

Dual-rate to save green investments?

Stan Jourdan, the director of Brussels-based thinktank Positive Money Europe, wrote in an op-ed on Thursday, warning that raising rates on capital will also increase the cost of green investments.

This would discourage investment in renewable energy, which could in turn feed into inflationary pressures, by increasing dependency on the already-overburdened gas market.

He argued that the ECB should exclude green investments from an ‘old-fashioned one-size-fits-all’ rate rise, and should instead move to a “dual-rate” policy.

The bank should offer a “discount rate” to commercial banks, provided they lend to green projects like home isolation or renewables, essentially protecting green investments against possible rate rises.

This way, the ECB can battle high gas prices by stimulating investment in alternative energy sources, while leaving open the possibility to increase interest for other more inflationary asset classes like housing.

It is based on so-called “green-targeted longer-term refinancing operations” (Green-TLTRO’s), a concept initially proposed by van ‘t Klooster, who wrote a paper about it for the NGO Positive Money.

Since then, it was mentioned in a series of monetary policy options published by the ECB last year.

In her December speech, ECB president Christine Lagarde said she did “not want to close the door” on the idea but noted it was not yet something the governing council wanted to consider, EUobserver previously reported.

But for now, they conclude, the bank should “keep its cool” and restrain from hiking rates, or risk administering a “cure [that] might end up inflicting more damage than the disease.”