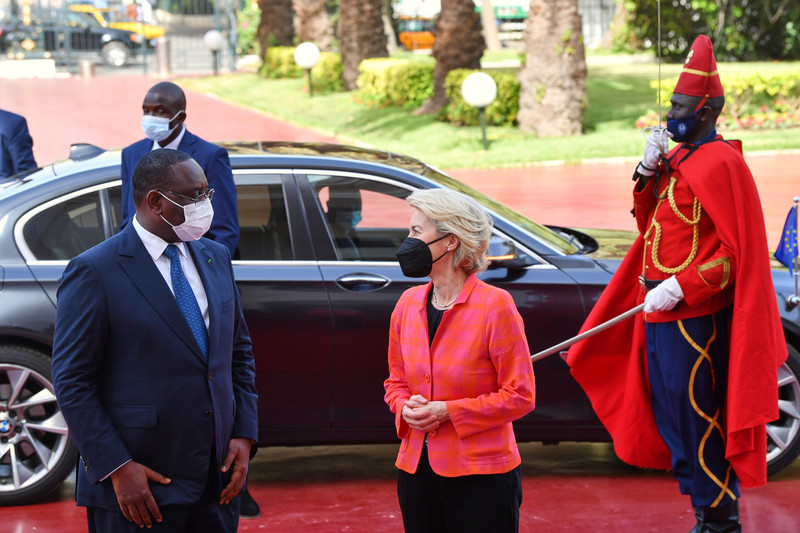 This week the EU will make an effort to reach out to African leaders on climate and host of other issues at a summit in Brussels on 17 and 18 February – but the European side can expect to be met with concerns about neocolonialism and its failure to deliver genuine vaccine equity.

It will also be an important week in the EU’s ongoing rule-of-law crisis, with the European Court of Justice expected to issue a ruling on Wednesday (16 February) that could allow for the suspension of EU funds for those who break rule-of-law principles.

Let’s look at the details.

Heads of state and government will sit down together at roundtables, including on the climate and energy transition, digital issues, and transport, to try to hammer out what’s been touted as a new partnership.

A key issue will be helping Africa green its energy systems; the continent already faces some of the worst consequences of climate change as a result of the industrialisation of other parts of the world including Europe.

An Africa-Europe Investment Package will also be launched, built on already existing funds from the EU budget.

The ECJ’s Wednesday ruling, which will be live-streamed from Luxembourg, is expected to dismiss a complaint by Warsaw and Budapest.

But such an outcome would also put Brussels in the spotlight, since it would face increased pressure to unbox a new tool for taking action against countries like Poland and Hungary that compromise judicial independence and fail to stop corruption. Action by Brussels could lead to the suspension of EU funds.

In the afternoon, in Strasbourg, MEPs will discuss the next steps.

In a glaring sign of how uncomfortable the issue is for the commission, von der Leyen’s participation in the debate had not been confirmed as of Sunday evening.

Instead, von der Leyen was expected to be in Marbourg, Germany, on Wednesday, for an event called Vaccine Equity for Africa.

The parliament has long been pushing the commission to trigger the conditionality mechanism against Poland and Hungary for rule-of-law breaches, but the EU executive had said it would hold back until the court ruling.

The parliament has previously threatened to take the commission to court over its reluctance to implement the new EU law which entered into force at the beginning of 2021.

In other values-related issues, MEPs will hold a debate Tuesday morning on the issue of Pegasus spyware, which the Hungarian and Polish governments have used on political opponents and journalists.

Also Tuesday, the civil liberties committee will vote on a report on “golden passports” and “golden visa” schemes that give access and citizenship to the EU for investors from outside the bloc.

On Monday (14 February), after a ceremony to celebrate 20 years of the euro, MEPs will be able to quiz European Central Bank president Christiane Lagarde.

On Tuesday, the commission will present a defence package in Strasbourg. It will include plans on how to secure critical technologies for security and defence.

On Wednesday, MEPs will debate the current intra-EU travel situation during the Covid-19 pandemic, and proposals to extend the Covid certificate.

On Friday, the Munich Security Conference, the annual confab on international defence strategy, will get underway.

Russian president Vladimir Putin and other high-ranking Russian officials were not expected to attend the Munich conference this year.