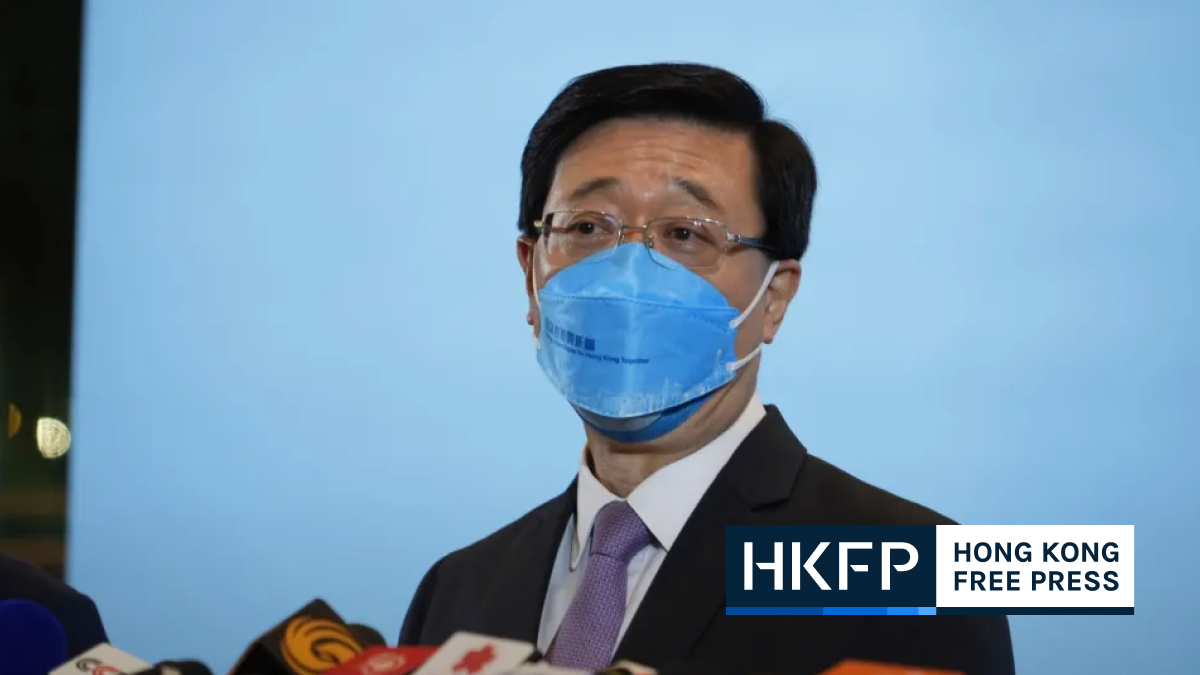 “For those who have offended, and have already served their time and completed their legal responsibility, [we] should absolutely give them the opportunity to re-enter society and contribute to society,” Lee told reporters on Wednesday evening.

He was addressing the media after a meeting with around 80 youth representatives, which included students, athletes, and members of the All-China Youth Federation. Lee said he shared with them his aspirations and experiences while growing up, adding that they touched on topics including sports, culture and career development.

As the security secretary at the time, Lee oversaw the police response to the protests sparked by a controversial extradition bill. They later morphed into a wider demonstration against Beijing’s perceived erosion of Hong Kong’s autonomy and alleged police brutality.

Over 10,200 people were arrested – around 40 per cent of which were secondary school and university students – and cases are still making their way through the courts. Some of the most violent clashes took place on university campuses.

Lee added that his political manifesto, released last Friday, outlined youth policies aimed at increasing upward social mobility. He wrote in it that he would organise more opportunities for young people to work on the mainland as well as attract “aspiring youths” to serve on government bodies.

Hong Kong is days away from holding its first small-circle race since Beijing’s sweeping electoral overhaul, which introduced a vetting mechanism to ensure that candidates are “patriots.” Lee himself led the vetting committee destined to vote for, or against, him, as the sole candidate.

In the lead-up to Sunday’s vote, Lee has been meeting various groups to exchange views. He consulted representatives from an employers’ union and from small and medium enterprises on Thursday.

He will hold a closed-door rally on Friday at the Convention and Exhibition Centre for members of the 1,500-strong Election Committee, the only people with a vote in the leadership race, and others.

The public will not be allowed to attend as the campaign team has to take into account the Covid-19 pandemic, said Lee’s campaign manager Tam Yiu-chung. However, Lee himself announced in April that candidates would be exempt from Covid restrictions on public gatherings.