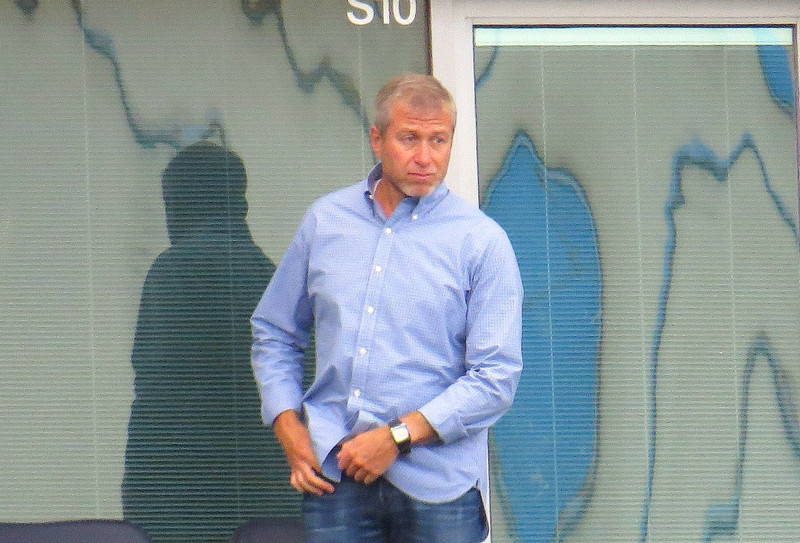 But on 17 March his name joined a rogue’s gallery of hundreds of Russians put under an asset-freeze and visa ban by the EU for their roles in the war, including Russian officers accused of rape and torture.

The EU did so citing Abramovich’s “long and close ties to [Russian president] Vladimir Putin”.

Abramovich recently sued a string of British newspapers and US publisher HarperCollins to deny claims that he was a regime insider.

He is suing the EU Council at the EU court in Luxembourg to get the sanctions overturned.

And on 25 May his Belgian law firm, the Brussels-based Daldewolf, also wrote to EU officials in Brussels pleading for him to be delisted.

Its 35-page letter, seen by EUobserver, seeks to distance him from Putin.

It also portrays him as a life-saving negotiator with Ukraine and accuses the EU of repeating “antisemitic” attacks.

“Following the purchase of Chelsea Football Club, Mr Abramovich has become one of the most famous Russian businessmen. It is however wrong to translate this fame to involvement or influence in Russia,” Daldewolf’s attorneys told the EU Council in Brussels.

“Mr Abramovich has never expressed support for the Russian Federation’s policy towards Ukraine,” they said.

Daldewolf attached a second letter, addressed “to whom it may concern” and signed by David Arkhamia, a Ukrainian MP and chief peace negotiator, on 27 May, which also said Abramovich was “actively participating in the peace negotiations between Russia and Ukraine” and that “thanks to [his] efforts” over “400,000 civilians have been evacuated”.

And Abramovich’s lawyers portrayed him as a victim of attacks by people with openly antisemitic beliefs, such as former Russian general Alexander Korzhakov, who had called Abramovich a regime “cashier”.

They spoke of “the role played by antisemitism in the gratuitous and defamatory accusations made against him,” which “still today are being repeated and are also present in the evidence provided by the [EU] council”.

“We remain at the Council’s disposal to present our arguments orally,” two of its attorneys said.

It would take a new deal involving all 27 EU states to redact him from the blacklist.

But Russian billionaires are finding it harder to find sympathetic ears in Brussels amid Putin’s horrific aggression in Ukraine, diplomatic sources indicated.

The EU has sanctioned about 40 members of Russia’s top business families since the war began.

Many of them are, like Abramovich, suing the EU in Luxembourg to get off the hook. Many have also reached out to the EU in Brussels, but their appeals appeared to be meeting with disdain.

“I think almost all oligarchs — they have money, so they can afford it — sent us letters like this one [Abramovich’s] asking for delisting,” an EU diplomat told EUobserver.

Meanwhile, the latest round of EU sanctions on Russia, which entered into life last Friday (3 June), banned the provision of consulting services to Russian clients, but allowed legal services.

And the new policy invites the question — which is which?

EU officials said delisting appeals to the EU Council were a normal part of the sanctions process, but had no legal link to lawsuits in the EU court.

And the Belgian attorneys indulged in speculation on the wisdom of EU sanctions more broadly in what sounded more like lobbying than lawyering.

EU sanctions on Russian oligarchs “will have no effect” on Putin’s war, they said, because Western firms such as Alcon, Aucha, Credit Suisse, Metro, Philip Morris, and UniCredit were paying much more in taxes in Russia anyway.

“They [EU sanctions] will not exercise any pressure on the Russian authorities and therefore will have no useful effect,” Daldewolf told the EU Council.

Their letter shed fresh light on their client.

Abramovich started out in business aged 21 with a firm called уют (meaning “Comfort” in Russian) which sold children’s toys, the letter said.

He now had Israeli, Portuguese, and Russian nationalities and his “family office” was in London, where he spent so much time he and his companies paid £41m [€48m] in taxes to the UK in 2019/2020, it noted.

The EU sanctions were preventing him from travelling in Europe despite his Portuguese passport, the lawyers complained.

And they depicted Abramovich as a valuable friend.

His philanthropic donations to Israeli causes meant “several of the country’s top institutions issued letters in support of Mr Abramovich and warned for [sic] the damaging impact sanctions on him would have”, their letter said.

He “brought over £2bn of his private funds into the UK over the last 20 years”, purchased “a number of private properties”, and “used to employ almost 1,000 people in the UK,” Daldewolf added.