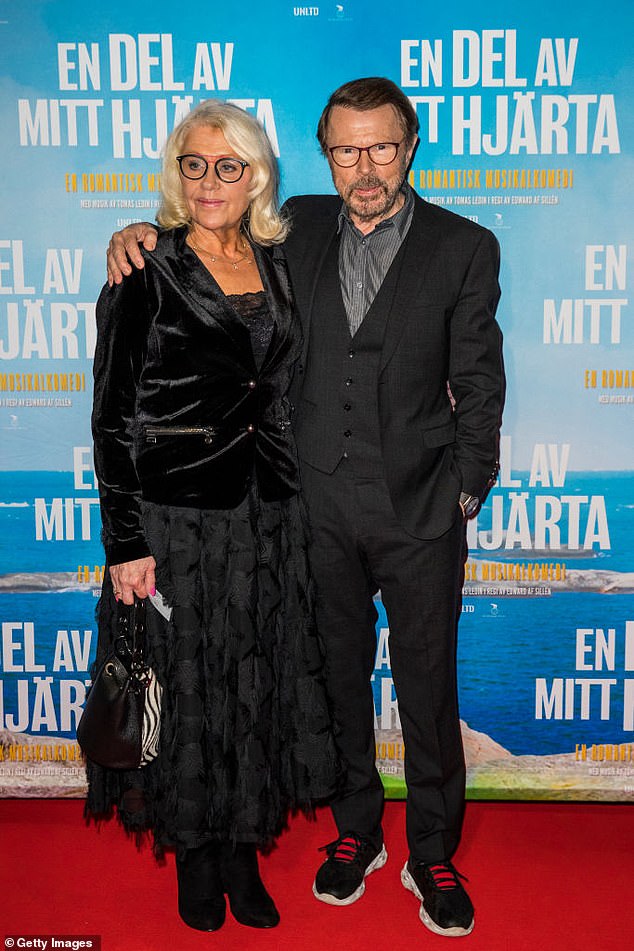 Björn Ulvaeus and his wife Lena Kallersjö have separated.

The ABBA star, 76, and his wife, 73, confirmed on Wednesday that they have decided to end their relationship after 41 years of marriage.

However, the couple – who share two children – have pledged to “remain close friends” and continue to enjoy family holidays together following their split.

MORE THAN! Björn Ulvaeus, 76, and his wife Lena Kallersjö, 73, have separated after 41 years of marriage

In a statement provided to The Switzerland Times UK, the estranged couple shared, “After many wonderful and eventful years, we have decided to go our separate ways.

“We remain close friends and will continue to celebrate our grandchildren’s birthdays and other family holidays together.”

Björn and Lena’s split comes just months after he started working with ex-wife and bandmate Agnetha Fältskog, 71, again when ABBA reunited to release their first album in four decades, Voyage. .

Amicably: The couple – who share two children – have pledged to ‘remain close friends’ and continue to enjoy family holidays together following their split (pictured in 2003)

Agnetha was a shy, angelic-looking 19-year-old girl when she met Bjorn, five years her senior and then a member of a popular folk group.

They were instantly smitten and married two years later in 1971, the year before Abba was formed. Two children, Linda and Peter, followed. But six years after the wedding, he was in big trouble.

In 1979, at the height of Abba’s fame, they broke up – much to the horror of Abba fans – and in one fell swoop swept away that wholesome image.

Less than a week after their split, Bjorn was dating Agnetha lookalike Lena Kallersjo, a Swedish TV presenter.

Two years later they were married – just six months after securing Agnetha’s divorce – and he had two more children with his second wife.

At the time, Bjorn and Agnetha described their breakup as a “happy divorce,” but reality suggests otherwise. Agnetha later confessed that she had felt “crippled” and needed guidance.

The pain of the split was immortalized in the smash hit The Winner Takes It All, and many fans have wondered over the years if Bjorn was being deliberately cruel in having his ex-wife sing the tragic lyrics: “Tell me , does she kiss like I used to kiss you?’

In 1990, Agnetha married the divorced Swedish surgeon Tomas Sonnenfeld for the second time. The marriage was celebrated, at Agnetha’s insistence, in secret, and only became public after it disintegrated three years later.