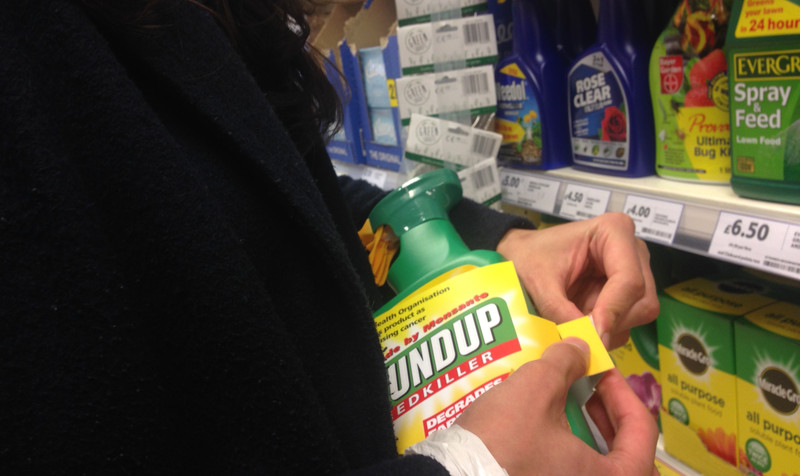 The long-running controversy over herbicide ingredient glyphosate was reignited this week when the EU chemicals agency (ECHA) said classifying it as carcinogenic was “not justified”.

In their scientific opinion on Monday (30 May), the agency found that “the available scientific evidence did not meet the criteria to classify glyphosate for specific target organ toxicity, or as a carcinogenic, mutagenic or reprotoxic substance.”

Glyphosate, previously sold commercially by Monsanto as Roundup, is the most widely-used herbicide in the world — and its approved use in the bloc will expire by the end of this year.

ECHA’s latest opinion is likely to influence the upcoming debate over renewing the EU authorisation of glyphosate.

Monsanto first and then Bayer (which acquired Monsanto in 2016) have always denied a relation between Roundup and cancer.

But the ECHA and the EU’s Food Safety Authority (EFSA) are currently assessing the exposure risks related to this contentious substance, with a formal conclusion expected by mid-2023.

Experts and campaigners have attacked the latest opinion from the Helsinki-based EU agency for ignoring increasing evidence from various scientific bodies and research publications.

“The failure to recognise the carcinogenic potential of glyphosate is a mistake,” said Angeliki Lyssimachou, an environmental scientist from the Health and Environment Alliance.

Lyssimachou said that this should be considered “a big step backwards in the fight against cancer”.

For his part, Peter Clausing, a toxicologist who served as an observer during the risk assessment of ECHA, said that he is very “disappointed” with the committee’s decisions.

“It is concerning how ECHA is ignoring its own rules and is working so unprofessionally,” he told EUobserver, pointing out that the risk committee ignored existing evidence included in the scientific literature and the precautionary approach.

In 2015, the World Health Organization’s International Agency for Research on Cancer (IARC) classified glyphosate as “probably carcinogenic” to humans — prompting calls from campaigners and citizens to ban it.

Despite the IARC decision in 2015, ECHA’s said two years after that glyphosate does not cause cancer in humans — only serious eye damage and toxicity to aquatic life.

Nevertheless, EU member states agreed to renew the licence of the weedkiller for five years — instead of 15 years as initially proposed by the European Commission in 0217.

Luxembourg was the first EU country to completely ban the use of glyphosate in 2020 — while others have decided to implement restrictions on its use.

A 2017 EU petition signed by more than 1.3 million people called for a ban on glyphosate.

In the US, meanwhile, Bayer is facing thousands of claims linking its weedkiller to cases of non-Hodgkin’s lymphoma — while trying to challenge rulings claiming that its product causes cancer.