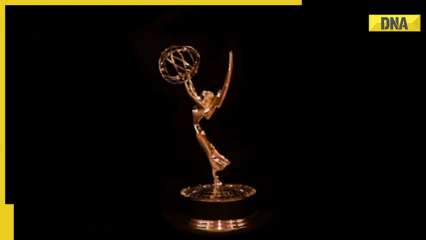 The 74th Primetime Emmy Awards takes place Tuesday at the Microsoft Theater in Los Angeles. The event will also attract some of the top performers from the television and streaming industries.

Popular nominees for this year’s Golden Globe Award include Succession, the touching Ted Lasso on Apple TV Plus, and Zendaya star Euphoria. Newcomers to the competition include the dark workplace comedy Severance and the Korean-language thriller Squid Game on Netflix. Squid Game would be the first foreign language program to win an Emmy.

The event will air on NBC on September 12 at 8pm ET / 5pm PT, and Peacock will be streaming it as well. On September 13, Lionsgate Play subscribers in India will be able to watch the annual awards ceremony from 5.30am.

HBO’s The White Lotus, about vacationers and staff at a swanky oceanfront resort, also earned 20 nominations and is in the running for best limited series.

Frank Scherma, chairman and CEO of the Television Academy, said the group received a record number of entries this year, a sign that production was booming after extended shutdowns during the COVID-19 pandemic.

Fourteen of the nominations for Succession, which won Best Drama in 2020, came in acting categories. Brian Cox, who stars as patriarch Logan Roy, will compete for best actor against Jeremy Strong, who plays his troubled son Kendall.

Squid Game actor Lee Jung-Jae is also in the running.

“I would like to share this honor with Squid Game fans around the world who have shown us endless love and support,” he said in a statement.

Ted Lasso co-creator and star Jason Sudeikis was nominated for Best Comedy Actor alongside Steve Martin and Martin Short for Hulu’s Only Murders in the Building, although voters passed their co-star Selena Gomez in the acting categories.

Candidates for best comedy actress include Rachel Brosnahan for her role as a 1950s housewife and comedian in Mrs. Maisel, along with Issa Rae of Insecure” and Hacks star Jean Smart.