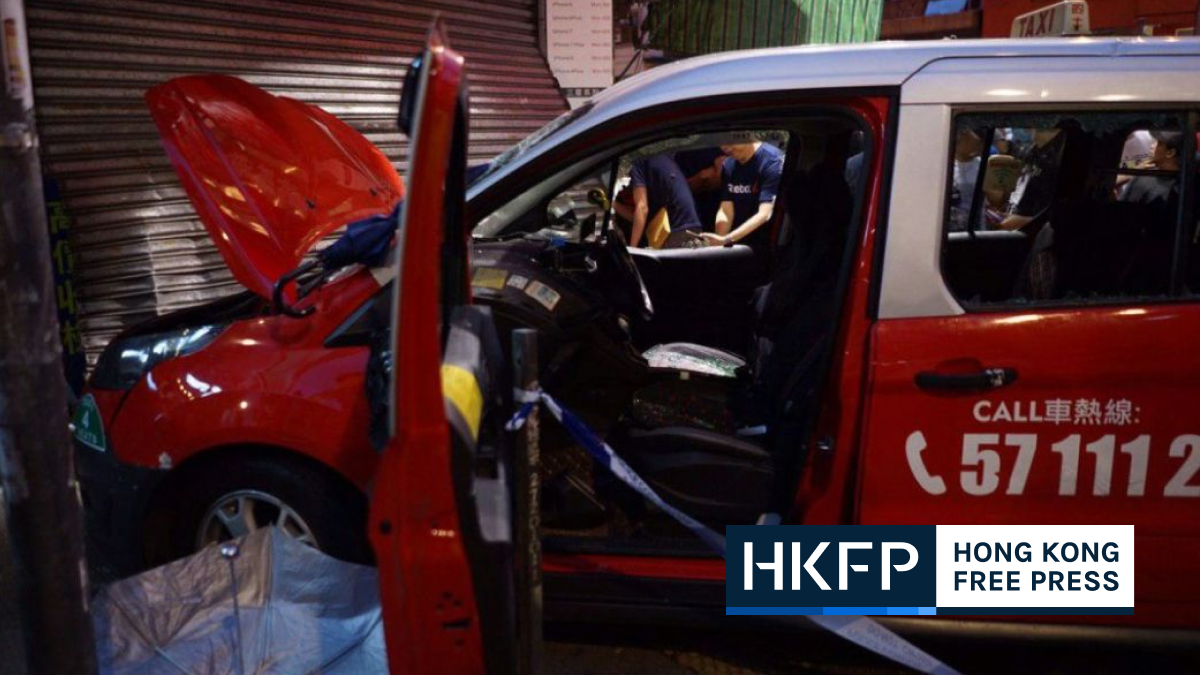 A man has been sentenced to three years in jail over a violent incident in 2019, when protesters beat up a taxi driver whose vehicle ploughed into a crowd in Sham Shui Po.

Cheung Tsz-lung, 35, earlier pleaded guilty to rioting and violating the anti-mask law, which was in place at the time. He was accused of beating the driver.

Standing before judge Clement Lee at District Court on Tuesday, Cheung was given a starting sentence of four and a half years for rioting and three months for violating the anti-mask law, to be served concurrently, local media reported. Taking into account his guilty plea, the judge deducted one third of the sentence.

A third charge, wounding with intent, was left on file.

Pleading for a lighter sentence, the defence said Cheung only struck the driver twice and not with significant force.

Lee said Cheung’s “emotions overrode [his] rationality” that evening, when around 20 people gathered on the intersection of Yen Chow Street and Cheung Sha Wan Road and used umbrellas, rods and other weapons to attack Cheng Kwok-chuen, who had attempted to drive his taxi through road blocks set up by protesters.

The court heard that the crowd responded by throwing items at the taxi and damaging the windshield.

After that, Cheng was dragged out of his taxi and beat up by protesters who kicked him in the head, and other parts of his body, for about four minutes.

Cheng suffered multiple injuries including fractured ribs. He was hospitalised for five days, during which he received seven stitches.

A pro-Beijing group visited Cheng at the hospital and promised to donate at least HK$520,000 to help him. It is unclear if the donation was made.

The driver is not known to have been charged.

Protests broke out in June 2019 over a controversial extradition bill, which would have allowed fugitives to be extradited to mainland China to stand trial in a legal system often criticised as opaque. The demonstrations morphed into a larger display of dissent against the Hong Kong and Chinese government.

Another woman, Chung Wing-yee, was also charged alongside Cheung. She passed away before the court hearing.