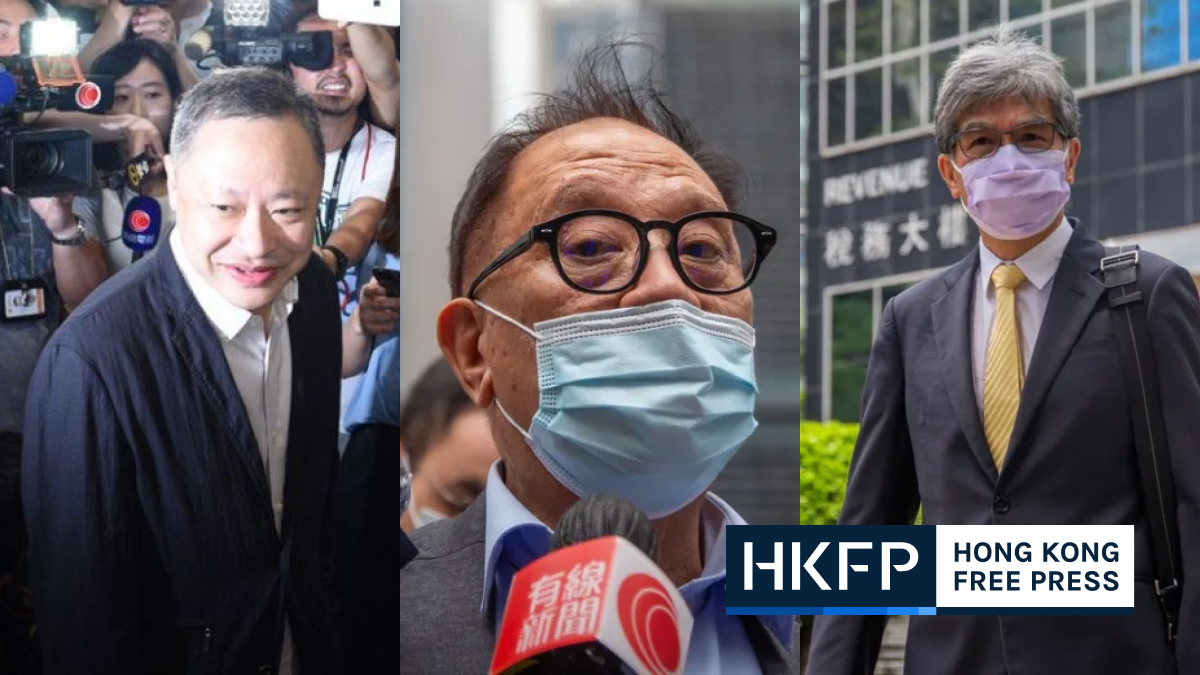 Three pro-democracy figures – Benny Tai, Yeung Sum and Sin Chung-kai – have been stripped of their government honours. The latter two also lost their special status as justices of the peace, which allowed them to visit anyone behind bars.

Honours may be removed if a recipient has been convicted of an offence.

Tai received a Medal of Honour from the city’s first chief executive Tung Chee-hwa in 2001 for his advocacy on the education of Basic Law and human rights.

Yeung and Sin got their Silver Bauhinia Stars in 2009 and 2007, respectively, when they were also appointed as justices of the peace.

The revocations came into effect on Friday, according to government notices.

Tai is also among the 47 democrats charged under the national security law in connection with an unofficial legislative primary held in July 2020. He has been detained awaiting trial with dozens of prominent pro-democracy figures since last March.

Yeung, a veteran activist, was last May sentenced to 14 months in jail over his participation in an unauthorised assembly on China’s National Day in 2019.

Sin, who has already left the city, was handed a 14-months sentence with two years suspended for taking part in the same banned demonstration.

According to the honours and awards website, a recipient’s honour may be removed if they have been convicted of offences resulting in imprisonment for one year or more, regardless of whether the sentence is suspended. Each revocation is personally approved by the chief executive.

The leader of the city also had the power to withdraw the appointment of a justice of the peace if they were convicted and sentenced to imprisonment, whether suspended or not.

A Grand Bauhinia Medal granted to former chief secretary Rafael Hui was revoked by the government in 2018 – the first case of the territory’s top award being withdrawn. Hui was serving a seven-year sentence following graft convictions.

There have been two cases of the Silver Bauhinia Star, the city’s second highest honour, being revoked, according to shareholder activist David Webb’s website.

Former Wheelock & Co chairman John Hung’s honour was removed in 2012 after serving a two-year sentence over accepting a bribe. In 2018, billionaire Thomas Kwok, once the joint chairman and managing director of Sun Hung Kai Properties, has his withdrawn. Kwok received a five-year sentence for bribery in 2014.

The Bronze Bauhinia Star awarded to pro-Beijing businessman Lew Mon Hung, also known as “Dream Bear,” was revoked in 2020 after Lew was imprisoned over perverting the course of justice.