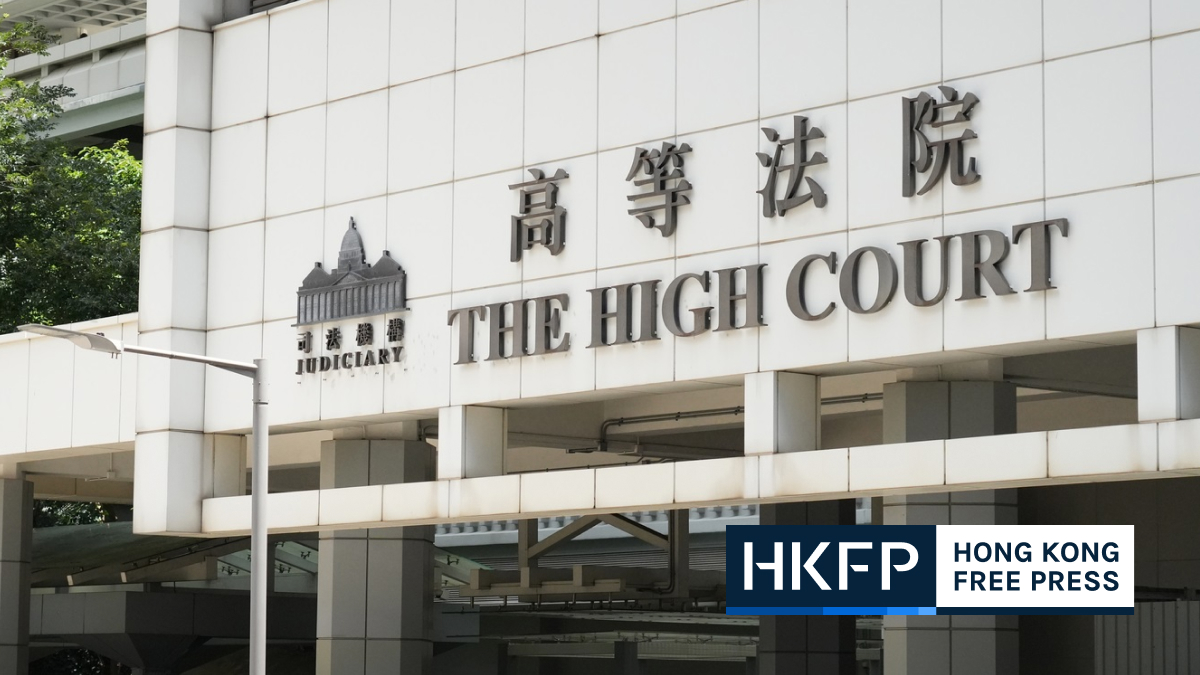 Two Hong Kong teenagers have been sentenced to 5.5 years each in jail for rioting, after they were cleared of manslaughter over the death of an elderly man during a protest clash in Sheung Shui almost three years ago.

Kelvin Lau, 19, and Chan Yin-ting, 18, appeared at the High Court in front of Judge Esther Toh on Friday. The pair were cleared of manslaughter and wounding with intent by a jury last month.

When handing down the sentences, Toh said that the punishment had to act as a deterrent, and that the defendants’ ages and backgrounds paled in comparison.

Toh said the defendants showed premeditation in that both had “some form of arrangement” to go to the scene.

The judge also cited previous cases, where “the gravity of the riot is not judged by what the individual did,” but rather what the group which the individual had lent their support to had done.

Toh adopted a sentence starting point of six years, but applied a six-month reduction. The judge mentioned that both had clean records before the case and background reports indicated that, with the support of family, they could “go on to be constructive citizens of Hong Kong” after serving their sentences.

“I do take into account both defendants were young, and it is possible that because of their age and the lack of proper adult supervision, they lack the clarify of vision to anticipate the disastrous consequences of their act,” Toh said.

Towards the end of her ruling, Toh also commended the police for their work on the investigation.

“The police have gone through what must be thousands of hours of hard work, and I must say this is an example of why our police force had been known as Asia’s finest,” Toh said. “It is this sort of spirit that gives credit to the Hong Kong Police Force.”

Before the judge handed down the sentencing, the defendants’ barristers presented their clients’ background reports to the court.

Lau was described a someone with a “positive, courteous attitude,” whose parents – even though divorced – would provide supervision and support for their sone after the teen had completed his jail term.

Chan’s barrister said that the defendant “expressed remorse” and would like to apologise to the victim and his family.

The barrister also said that Chan had engaged in “deep reflection of his wrongdoing” during his time in remand, and asked the judge to be as lenient as possible, arguing that the riot was less serious than other incidents, as the protesters were not in armour and there were no offensive weapons such as petrol bombs.

The judge, however, said that while the pair were acquitted of manslaughter, it did not take away from the seriousness of the riot itself, which had resulted in a death.

Both Chan and Lau were kept in custody while awaiting their sentencing.

From murder to manslaughter

Luo, an outsourced worker for the Food and Environmental Hygiene Department, died on November 14, 2019, after being hit in the head with a brick during a clash between protesters and counter-protesters. Bricks were hurled by both sides after protesters attempted to block the roads.

Aerial footage of the incident appeared to show two groups throwing rocks at each other. Luo was seen walking slowly towards the front of the conflict before he was struck down by an object. He did not appear to be throwing anything at the time of the incident.

Considering the evidence insufficient to support the murder charge, Toh ruled that it should be lessened to manslaughter.

During the ruling on Friday, Toh called the people who helped unblock thoroughfares that day by moving bricks to the side of the road “unsung heroes.” She said that they had selflessly and courageously decided to go down the street to remove the obstructions from the road.

The incident took place in the midst of months-long protests and unrest sparked by a proposed amendment to the city’s extradition bill in June 2019. Clashes occasionally broke out between pro-democracy protesters and counter-protesters.

Following a 17-day trial, and close to seven hours of deliberation, the seven-person jury comprised of two men and five women, unanimously voted to acquit the pair of manslaughter.