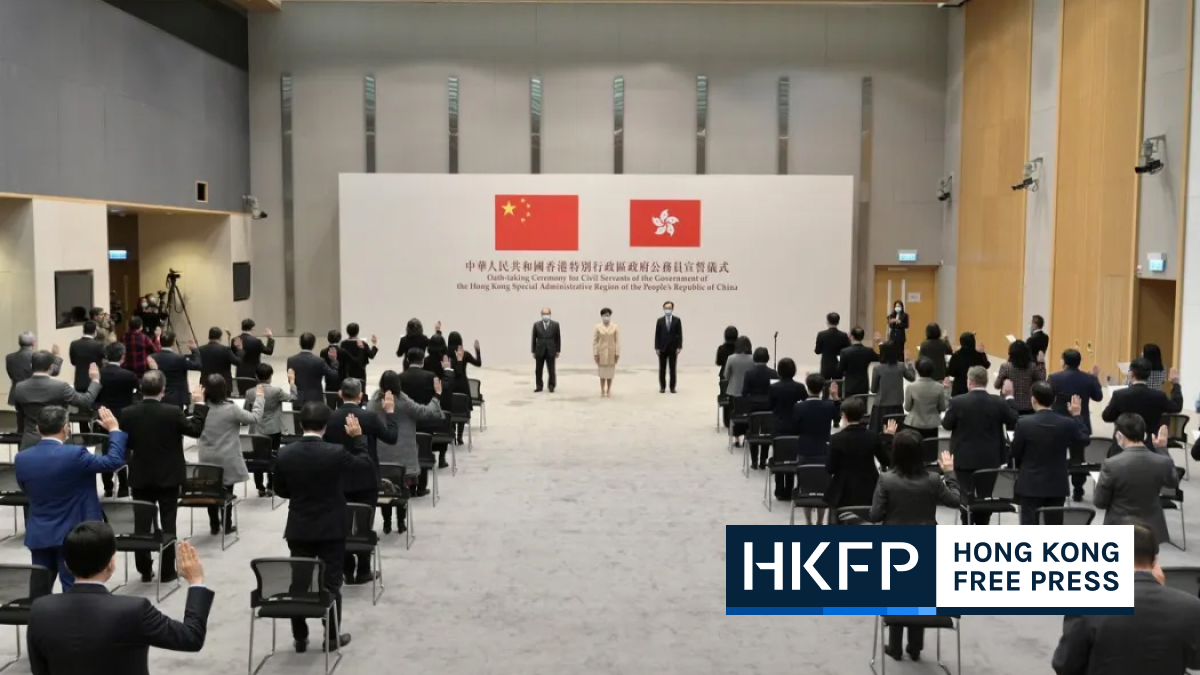 A total of 129 Hong Kong civil servants and 535 other government workers have been sacked or resigned after failing to take a newly-introduced oath of allegiance to the government, an official has revealed in the legislature.

The figures were revealed on Wednesday by the Secretary for Constitutional and Mainland Affairs Erick Tsang, in response to a written inquiry by lawmaker Jeffrey Lam.

Tsang said about 180,000 serving civil servants have signed the declaration to uphold the Basic Law, to bear allegiance and be responsible to the Hong Kong government and to be dedicated to their duties.

He added that the 129 who failed to take the oath without reasonable explanation had already left their jobs by the end of last year “for various reasons.”

According to Tsang, some resigned while others were dismissed due to misconduct, were ordered to retire, or had their probation terminated.

In addition, Tsang said 149 full-time and 386 part-time non-civil service staff had also left their jobs in the government as of last August.

Leung Chau-ting, chair of the Hong Kong Federation of Civil Service Unions, told HKFP the government had made it clear that civil servants must pledge allegiance in order to remain in their positions, so it was “understandable” that they had to leave their jobs.

“[T]his is also a form of expression by civil servant colleagues that they don’t want to take oaths,” Leung added.

Following the implementation of the national security law in June 2020, the government in October that year introduced a requirement for newly appointed civil servants to declare their allegiance to Hong Kong.

In January last year, it expanded the requirement to cover civil servants who joined the government before July 1, 2020. The requirement was broadened again four months later to include government staff employed on a contract basis.

HKFP reported that Native English Teachers at some government schools whose contract commenced after July 1, 2020 were told to pledge their allegiance or risk their jobs.

The authorities also told all District Council members to take the oath, which prompted the resignation of a large amount of pro-democracy district councillors elected in 2019.

Tsang confirmed to the legislature on Wednesday that all current District Council members have taken the allegiance oath.