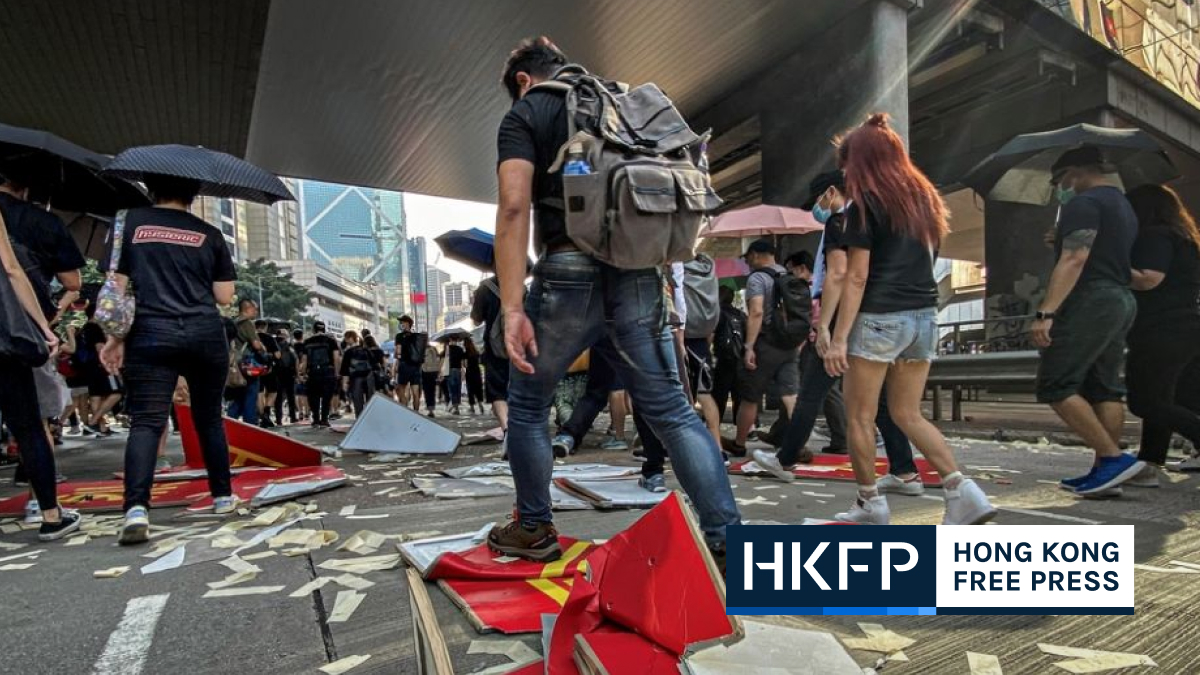 Eleven people have been found guilty of rioting in Wong Tai Sin during anti-extradition bill protests in 2019.

Twelve defendants, who were aged between 16 and 24 at the time of the protests, were accused of participating in a riot on Lung Cheung Road on the city’s National Day public holiday. Eleven were found guilty by District Court Judge Edmond Lee on Friday, while one was acquitted. Two of the defendants were acquitted of one charge of possessing an offensive weapon, Ming Pao reported. The defendants pleaded not guilty last August.

Protests erupted in June 2019 over a since-axed extradition bill that would allow suspects to be sent to mainland China. They escalated into sometimes violent displays of dissent against police behaviour, amid calls for democracy and anger over Beijing’s encroachment. Demonstrators demanded an independent probe into the police conduct, amnesty for those arrested and a halt to the characterisation of protests as “riots.”

On October 1, 2019, which was the 70th anniversary of the founding of the People’s Republic of China, thousands of protesters took to the streets, with some hurling bricks and petrol bombs at police, who responded by firing tear gas and other projectiles in six districts to disperse protesters, including in Wong Tai Sin.

When handing down his verdict, Lee said there was no evidence showing that the defendants had occupied roads, but they were arrested at a junction where protesters and police were in a tense standoff, a spot akin to a “small battlefield,” InMedia reported.

During the trial in August, prosecutors said that protesters set up barricades with umbrellas and plastic barriers, and threw bricks, metal rods and bamboo sticks at police. The twelve were arrested when police dispersed a crowd outside the Wong Tai Sin MTR station. They were in possession of items such as helmets, goggles, gloves, gas masks, zip ties, and first aid equipment.

Instead of leaving the scene, the eleven convicted defendants had moved along with other protesters, the judge said. Ten of then – Tam Kwan-long, Tang Yau-Chiu, Fong Ming, Yeung Wing-yee, Cheuk Hau-chu, Kwok Hei-tung, Deng Qianyun, Tai Pui-ling, Wong Ming-yau, and Ng Cho-yee – were found wearing black attire and gas masks, demonstrating their intention to participate in or to encourage a riot, the judge determined.

The third and the ninth defendants, Fong and Wong, were also in possession of a hammer and a laser pen at the time of their arrests, although they were ultimately cleared of possession of offensive weapons charges.

The 11th defendant, Lau Chi-fung, acted as a first-aid responder and provided encouragement to protesters by giving them support, Lee said. But Lau did not provide such aid to others, the judge said.

The 12th defendant, Wong Pik-yung, meanwhile, was only dressed in black and wearing a black fabric mask. She was not in possession of any protective gear and was acquitted on the grounds that her attire was different to the others’.

The 11 convicted defendants will return to court on February 18 for mitigation.