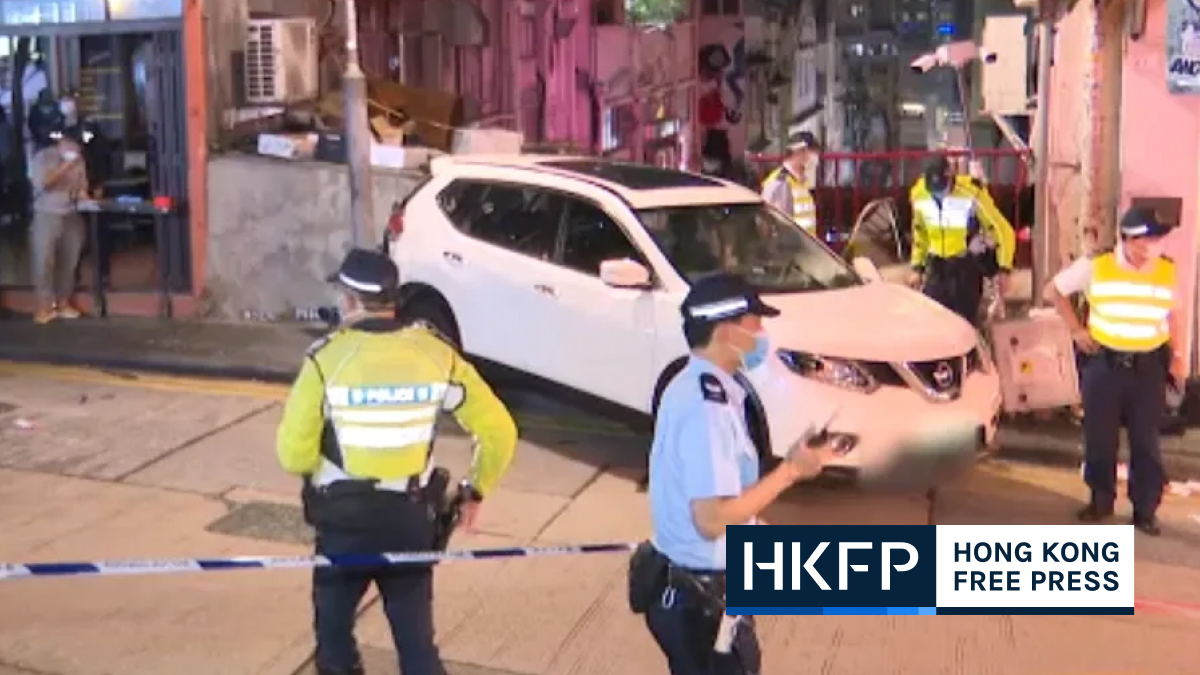 A 27-year-old woman has died from her injuries following a car accident in Hong Kong on Friday evening, which left seven other people injured.

A total of eight people, four men and four women, were hit by the empty white vehicle on Peel Street, Soho on Friday evening after it slid backwards on a slope.

The 27-year-old, along with other people who were injured, were sent to Queen Mary Hospital. She and another woman, 31, were in a critical condition. The woman died from her injures on Saturday.

HK01 reported that, as of Saturday evening, the 31-year-old was still in critical condition, and remained hospitalised with another man. The remaining five people had since been discharged from the hospital.

Driver to appear in court

The police arrested the 44-year-old female driver. The domestic worker will appear in court on Monday for alleged dangerous driving causing death.

According to a video posted on Twitter, following the car crash, dozens of people pushed the car while attempting to drag someone out from under it.

Peel Street has recently become the new centre of nightlife in Central and is located within the Soho district.

Transport news site Transit Jam reported that a website for a government study on pedestrianising the F&B hotspot had disappeared from the internet.

District Councillor Paul Zimmerman said on Facebook on Sunday that “pedestrianisation of (upper) Peel, Staunton and Elgin Street during evenings, and on public holidays during afternoon and evenings, must be made a priority.”